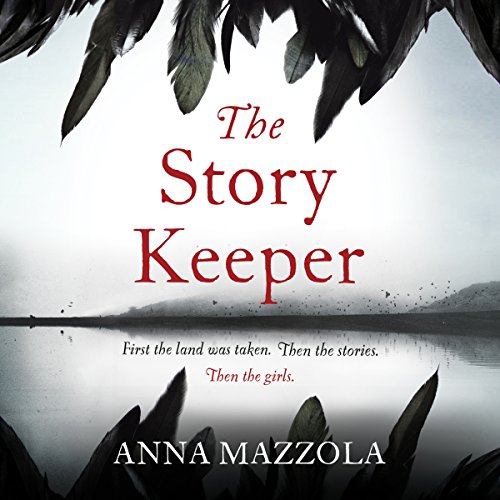 "A wonderful combination of a thrilling mystery and a perfectly depicted period piece." (Sunday Mirror)

From the author of The Unseeing comes a sizzling period novel of folktales, disappearances and injustice set on the Isle of Skye, sure to appeal to readers of Hannah Kent's Burial Rites or Beth Underdown's The Witch Finder's Sister.

Audrey Hart is on the Isle of Skye to collect the folk and fairy tales of the people and communities around her. It is 1857, and the Highland Clearances have left devastation and poverty and a community riven by fear. The crofters are suspicious and hostile to a stranger, claiming they no longer know their fireside stories.

Then Audrey discovers the body of a young girl washed up on the beach, and the crofters reveal that it is only a matter of weeks since another girl disappeared. They believe the girls are the victims of the restless dead: spirits who take the form of birds.

Initially, Audrey is sure the girls are being abducted, but as events accumulate she begins to wonder if something else is at work. Something which may be linked to the death of her own mother many years before.

I think the story is very good but the narration is truly dreadful.
Not only is the narrator’s Highland Scottish accent poor, her Gaelic and place name pronunciation is downright painful. I actually winced every time she read Gaelic words or mentioned Skye place names.
It prevented me from properly paying attention to the story.
I will read the paperback now in hopes I can scrub this narrator’s carnage from my mind.

Good for a wet and windy weekend

Listened to it whilst visiting Skye. Not exactly riveting, but an historically interesting and reasonably enjoyable book all the same. Lovers of period mysteries will find it a good listen, I reckon.

Great well written story with fabulous narration. Kept me interested all the way through. Entertaining