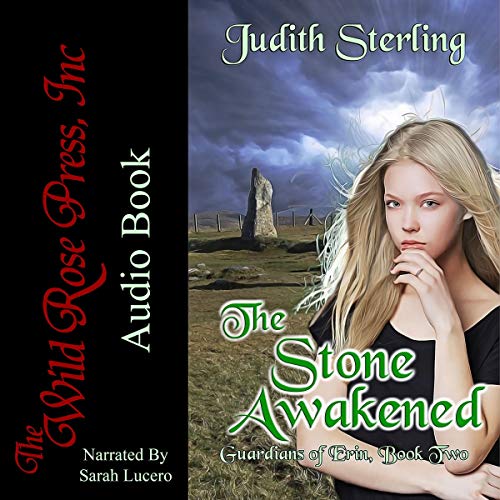 Since moving to Ireland, Ashling Donoghue has tackled one challenge after another. Now the mystery of her parents' disappearance seems unsolvable. Are they dead or only missing? No one - not even the godlike Breasals - has a clue. Hope and fear war inside her, but she's determined to find answers and stay strong for her siblings. Even as she hones newfound powers, her banshee-in-training sister Deirdre needs her support.

Ashling could use a little help herself. She's struggling to navigate her first romance, and while Aengus Breasal stirs her body, mind, and soul, his nemesis Lorcan does too. Both men harbor secrets about her past life as Caer. One has ties to Aoife, the scheming wind demon whose influence is on the rise.

As the Stone of Destiny awakens, so does the conflict within.

This second book in the series continues from where the first ends. The mystery and suspense provides us with an enjoyable and entertaining experience as the story moves along. There are plenty of creative twists and turns in this one that certainly kept my interest. The narrator did a wonderful job with the narration bringing the story to life. I did receive a free copy of this audiobook however have voluntarily provided this unbiased review.

Get story! So creative and fresh for a reincarnation love triangle.
Narration was lacking for me but narrators are a personal preference so others may love it

I really enjoyed this narration, more so than the first book. Ms. Lucero did an excellent job of accents, male and female characters as well as pulling me into the story.

Wow, this is chocked full of fantastical creatures from mythology and bursting with layer upon layer of danger and drama that will cast its spell upon you from one heartbeat to another.


As Ashling searches for clues to her parent’s disappearance, there is danger at every turn. Her sister is coming into her own powers which opens doors to more secrets and adventure. Along the way, Ashling continues to grow closer to Aengus but is also being pulled in another direction.


I’m not a fan of love triangles, but I have to admit, this one adds a new depth I didn’t see coming. Although this is primarily Ashling’s story, her siblings are definitely rising up to take their place and I can see that there’s a big showdown on the horizon. I was definitely engaged with this, although listening instead of reading some of the more finer details of the mythological beings could be a bit difficult at times. I wasn’t always able to rewind for a deeper listen so I lost some of the threads along the way.


Nevertheless, the sheer energy of this story is evident throughout. There were moments that were down right startling and sometimes frightening. I confess, I’m curious to see how this is all going to end!

A amazing 2nd book. I can't get enough. This one really amps up the action and plots. Ashling really gets into her role and her family slowly come into theres. This is such a magical series and well worth the read. Past lives, present lives all intertwine and the magic that comes to life , the love that builds because of it is stunning. Judith Sterling does such a beautiful job! The only thing I miss in this series is the narrator Sarah Lucero doesn't do the same thing she did in the 1st book. She reads the words instead of acting them out. Its still an excellent book and she does a beautiful job. That was just unique in the audible world.

I have really enjoyed this book series. I think these books would be great as a movie or series on television, Netflix, or even amazon prime and other streaming devices. Please take the time to read these books.