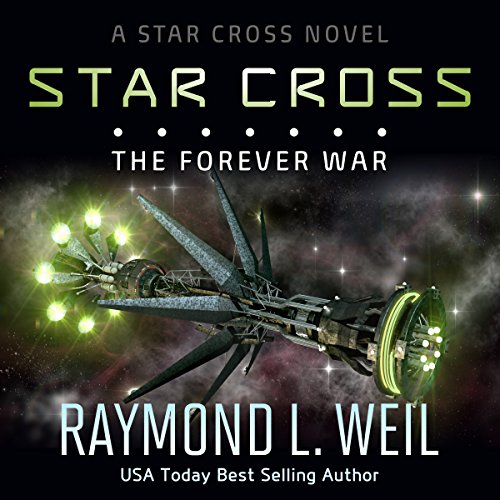 The Vorn have returned with a massive fleet and are once more harvesting the intelligent worlds of the galaxy for food. Every fleet placed in front of them has been annihilated by the Vorn's superior weapons. The Vorn seem unstoppable as they harvest world after world.

Lakiam Fleet Commodore Dreen is faced with a dilemma. Commit his forces to defending worlds far away from Lakiam or allow the Vorn to destroy much of the civilized galaxy. In an act of desperation, Fleet Admiral Kurt Vickers sets out once more on a dangerous mission. One that if successful could cause the Vorn to break off their attacks and leave the galaxy. If he fails, he will never see home again.

A very good continue to the series. Already looking forward to the next book. The narrator was as usual very good. This series highly recommended for sci-fi fans.

The Vorn are harvesting planet after planet

Another great book, I just can’t stop listening to the audio books, it keeps me interested in the story all the way, Vorn are finally getting resistance from there food source, there are plenty of plots that are keeping the resistance from preparing for a major defense, even earth, distance star far away have been found by the Vorn, really worth reading or listening to, if you into this kind of story you won’t be bored. As I write earlier a great story

The story just keeps getting better you just can’t put it down once you start reading and listening to it. I would recommend this series to anyone who enjoys military Sci Fi it’s a great read.

Sets up the finale very well. Grants continues to amuse and excite as do the other main characters.