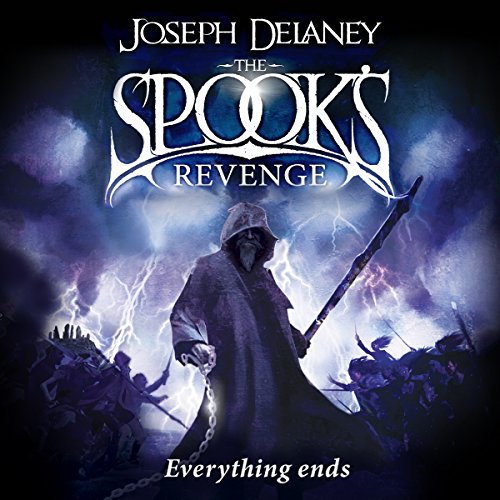 ‘He’s the seventh son of a seventh son. His name is Thomas J. Ward and he’s my gift to the County. When he’s old enough we’ll send you word. Train him well. He’ll be the best apprentice you’ve ever had and he’ll also be your last.’

These were the words of Tom's Mam to the county Spook some years ago. As Tom, the Spook and their allies prepare to battle with the Fiend on a huge scale, to finally enact their revenge, it now remains to be seen whether Mam's declaration will come true.

My kids and I have really enjoyed listening to the Spooks Apprentice series. Thank goodness that there are the starblade chronicles to go onto now!

wonderful conclusion to this series

narration was great as usual. I do wish the narration was carried out by gabrielle glaister who was excellent as Grimalkin.. absolutely love grimalkin character.. perhaps time for a collaboration between narrators.

Really enjoyed this book but not as much as the others. Wished the book went on for a little longer and certain things changed but In all well done.

An amazing end and beginning

This was an amazing end to the wardstone chronicles, with some unexpected twists and amazing narration I cant wait to see what Joseph Delaney comes out with next