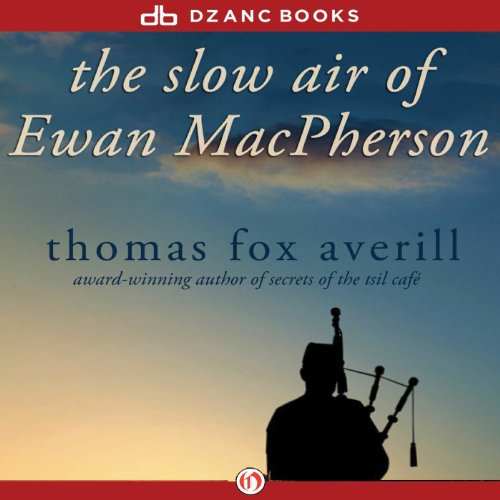 The Slow Air of Ewan Macpherson

Though it's not quite the motherland, Glasglow, Kansas, makes a fine home for Scotsman Rob MacPherson and his son Ewan. As the elder MacPherson blows up whiskey stills in his attempts to make a single-malt Scotch, Ewan falls in love - at twelve years of age - with Shirley Porter.

There's no turning back for Ewan. From that moment on, his heart has set its course. Through adolescence and into adulthood, through becoming a high school teacher, bagpipe instructor, loyal son, and keeper of all Scottish traditions, Ewan has found his one true passion - much like his father's obsession with single malt Scotch. A passion that - through trial and error - will teach him that love is an acquired taste….