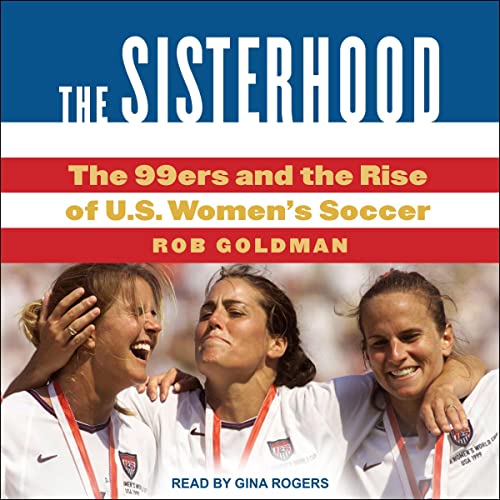 For legions of soccer fans, the players on the US Women's National Soccer Team are the game's standard-bearers. Together their accomplishments include four World Cup titles and four Olympic gold medals. Within five years of their inaugural match in 1985, the team was the best women's soccer team on the planet. But its rise was neither easy nor harmonious. They faced discrimination and unequal treatment, most notably from their governing bodies, FIFA and U.S. Soccer.

The Sisterhood is the story of the first and second generations of national team players, known as the 99ers, who were the driving force behind the rise of US women's soccer and who built the foundation for the team's enduring success. Rob Goldman takes the listener onto the pitch and into the minds of the players and coaches for the team's greatest victories and most heartbreaking defeats.

When the team won the '99 World Cup, it was the largest crowd to ever attend a women's sporting event. After Brandi Chastain's winning penalty kick beat China, everything changed. These women's soccer players were no longer outcasts; they were hard-nosed players and leaders who not only transformed women's sports but led a cultural revolution. Their story, told here largely in the voices of the players and coaches who were there, is epic and inspiring.