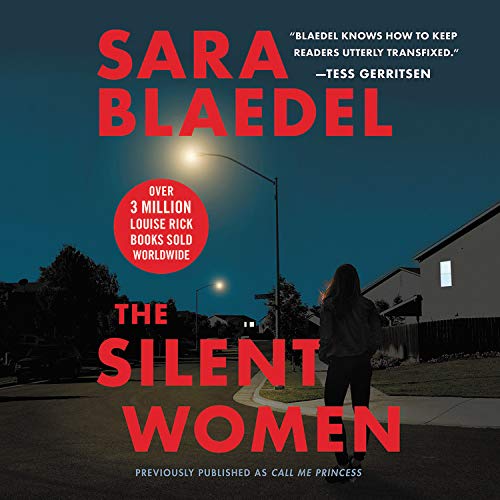 An online flirtation can have horrific consequences, as detective Louise Rick discovers when she is called to an idyllic Copenhagen neighborhood where a young woman has been left bound and gagged after a profoundly brutal rape attack.

Susanne Hansson met her rapist on a popular dating website. But the man is hiding behind a labyrinth of false pseudonyms, and neither Susanne - nor the police - have been able to trace his true identity. With the Internet as his playground, the rapist will almost certainly strike again if Louise can't unmask him before it's too late.

The Silent Women (Previously Published as Call Me Princess)に寄せられたリスナーの声

This is my first Blaedel book featuring Louise RIck. I look forward to listening to more and to see Louise Rick grow and develop as a character. I thought the narrator did an excellent job.

A shallow amatuerish attempt at a police procedural. The only interesting part of this story is
the Danish use of a Coroner in a living victims rape examination to gather forensic evidence if the victim
plans to file a criminal complaint.
***&&*A quick search on the internet found no confirmation of this.***** A poorly written
book about a growing problem in Denmark. And for US readers,
totally boring.