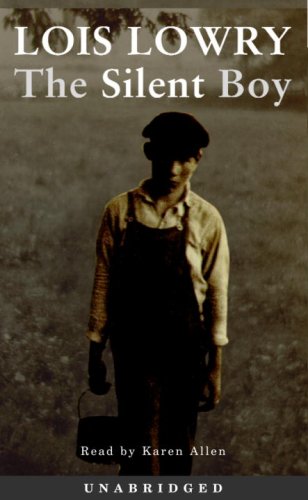 Precocious Katy Thatcher comes to realize what a gentle, silent boy did for his family. He meant to help, not harm. It didn't turn out that way.

“The author balances humor and generosity with the obstacles and injustice of Katy’s world to depict a complete picture of the turn of the 20th century.” (Publishers Weekly)

This story never hooked me in. Waste of time and money. I wish audible will not recommend similar books to me in the future.

Would you listen to The Silent Boy again? Why?

Yes and probably will. It shows what a developmentally delayed boy had during that time, which was not much. It shows the humanity though, that shines from people with such disabilities. The boy is obviously autistic and the author did great job of capturing both the qualities of a child with autism and the mocking done by a town of people at his expense. Still....the boy is the one with the most humanity as is often the case with autistic people today.

The portrayal of Jacob as someone solitary but in tune enough to know Katy wanted kittens. To try to help his sister.

What I liked least though, was the end.

Which character – as performed by Karen Allen – was your favorite?

Katy....as the story is told from her viewpoint, it is hard not to like her the best and Jacob does not speak much so he does not really could.

I recommend this book.

At beginning has wierd background music that is annoying to me. Maybe not for you but it is for me.