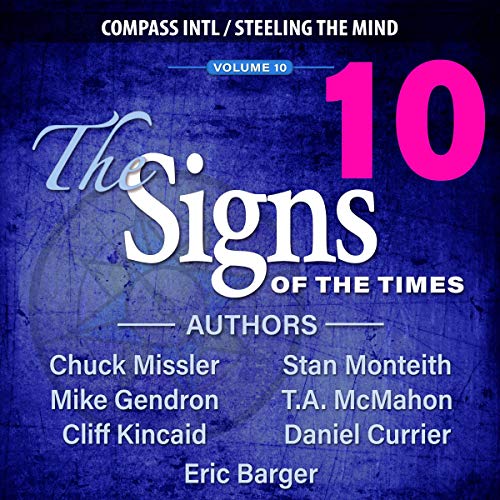 Another seven great chapters that reveal where we are in the last days.

Did you ever think you would see this much change...so swift, so sudden, so complete? And more is coming. But is this mess a problem or an opportunity?

Mike does a masterful job of outlining what God says should be the characteristics of a local church.

There are some big names who want to reduce America's world dominance. Who are these people and what have they put in place to achieve this goal?

Stan, a medical doctor, gave up his practice to begin a nationwide radio show exposing the behind-the-scenes maneuvering toward a New World Order...nd boy is he exposing the truth!

Christians are being duped left and right, as is the rest of the world, on the need for counselors to tell you how to feel. Now counseling has become the number one major in almost every Seminary. But is this latter-day phenomenon scriptural?

Socialism is making a comeback...should we be worried? Yes! While capitalism has its roots in the Bible, Socialism and its close-cousin Marxism is from the pit of hell. People seem amused at Bernie Sanders, but his socialistic dreams are a true threat to our Christian freedom in America.

A local church, that has for a long time defended the inerrant Word of God, changes doctrinal direction almost overnight. Those who oppose the "new direction" are ushered out of the church, or often forced out, by those who were formerly part of their church "family".

The Signs of the Times - Volume 10に寄せられたリスナーの声

I don’t know how to title this!

If your life your life luke warm and happy there, this books is gonna make you mad but may make a change. If your living your life lost or Luke warm and looking for answers this book is for you WOW! The messages here were wonderful! Love the insight! I’ve been trying to walk closer to god and this book gives so much perspective inspired to dig more into my bible!