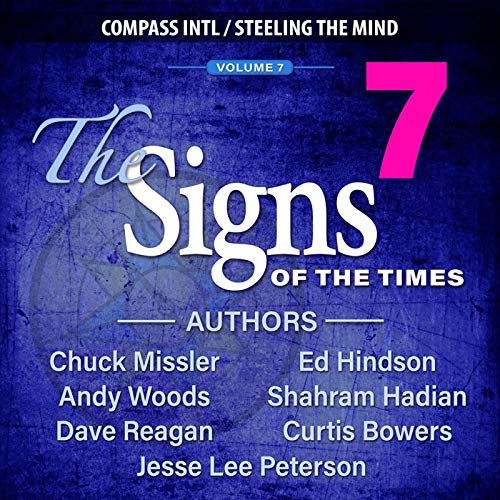 Another seven great chapters that reveal where we are in the last days.

Chapter One - "America in Crisis" by Chuck Missler. Chuck has more information on what's going on behind the scenes than most people who work in the State Department!

Chapter Two - "Chaos in the Church" by Andy Woods. The local church is going downhill fast. Decisions about what to teach are based on not offending giving units. Without the conviction that comes with rebuke, reproof, and exhortation, the local church has become a graveyard of broken spirits, broken marriages, and broken lives.

Chapter Three - "Is There Any Hope for America" by Dave Reagan. America is the most prosperous and influential nation in the history of the world. But as secular humanists gain more and more control, abandoning the Christian principles that made us great, what does our future hold?

Chapter Five - "The True Goal of Islam and Shari'ah Law in the US" by Shahram Hadian. Shahram demonstrates how Shari'ah has already infiltrated many of our governmental laws, policies, and agencies and even churches, and how we as believers must respond this hour.

Chapter Seven - "How Black Leadership Exploits America" by Jesse Lee Peterson. Are Jesse Jackson, Al Sharpton, et al, really looking out for the best interest of the Black community? Or are they exploiting Blacks for their own gain?

The Signs of the Times Vol. 7に寄せられたリスナーの声