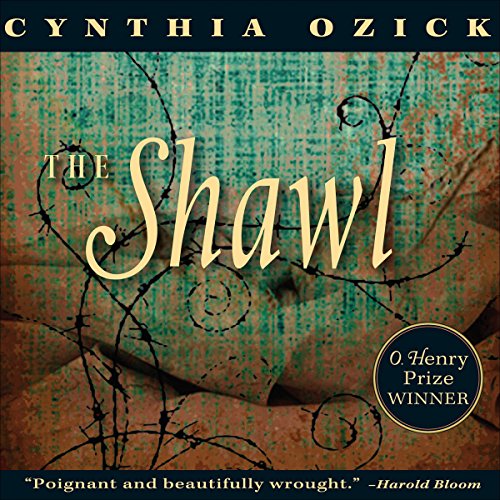 “Performed by Yelena Schmulenson, whose emotional accuracy eats into your heart.” ( BookPage)
"Cynthia Ozick is the most accomplished and graceful literary stylist of our time." ( The New York Times)
"Brilliant miniatures, rich with passion and compassion." ( Philadelphia Inquirer)

At once fiercely immediate and complex in their implications, “The Shawl” and “Rosa” succeed in imagining the unimaginable: the horror of the Holocaust and the emptiness of its aftermath. They were written in 1977 but were first published in the early 1980s in The New Yorker. Both “The Shawl” and “Rosa” won first prize in the O. Henry Prize Stories and were chosen for Best American Short Stories.

In “The Shawl,” a woman named Rosa Lublin watches a concentration camp guard murder her daughter. In “Rosa,” that same woman appears 30 years later, “a madwoman and a scavenger” in a Miami hotel. And in both stories there is a shawl—a shawl that can sustain a starving child or inadvertently destroy her, or even magically conjure her back to life.

Cynthia Ozick might just be the greatest living American writer. This story is so perfect, so brilliantly written, it should not be missed by anyone.

Haunting writing as ever from Ozick. This compelling, visceral account of the ghettos and camps under Nazi occupation will stay with you.