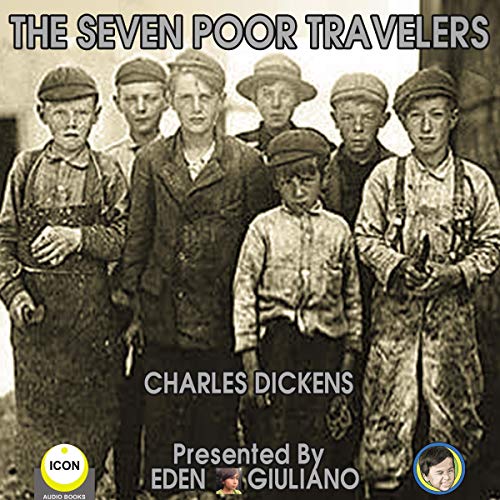 The Seven Poor Travellers takes place on Christmas Eve in Rochester at the charity hospice founded in 1579 by Richard Watts - an actual hospice that Dickens knew well from his childhood days. According to Watts' will, his hospice was to supply six poor travelers (providing they were not rogues or proctors) with one night's free lodging and entertainment and with fourpence. In the opening section of The Seven Poor Travellers, entitled "The First", the narrator - he brings the travelers up to seven - describes the charity, its procedures, its lapses, and its six clients. Dissatisfied by the scanty charity fare, the narrator provides food and wassail for his companions and then goes on to tell a story, suggesting that the other guests do likewise. The next six sections are given over to the six stories told by the travelers. In the final section, as the Christmas day dawns, the narrator takes leave of his companions and walks up to London and his home.

Produced by Devin Lawrence in Vrindavana

Music by AudioNautix with their kind permission