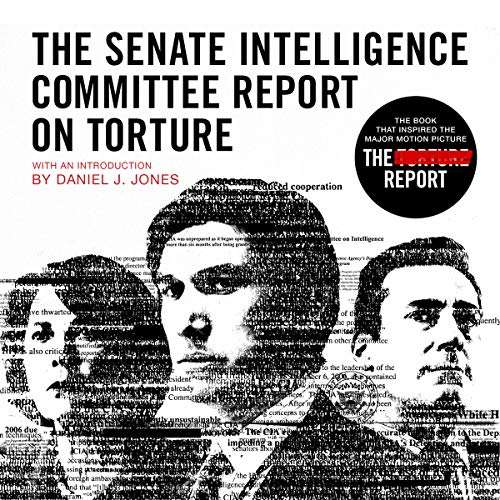 The Senate Intelligence Committee Summary Report on Torture is a public document belonging to the American people, arising from the Senate investigation into the CIA’s Interrogation and Detention Program. The summary report is more commonly known by its shorthand: The Torture Report. The Senate Intelligence Committee made public this document, with redactions, on December 9, 2009. The events surrounding its investigation, writing, and publication are now the subject of Scott Z. Burns’ film The Report, an Amazon Original (in theaters on 11/15 and on Amazon Prime 11/29 from Amazon Studios). Here, you can hear the report in its entirety, with selected footnotes - omitting those sections that are yet to be declassified - as read by members of the cast of the film. Also included is a special introduction by Daniel J. Jones, the lead investigator of the Senate Intelligence Committee Report on Torture.

Redacted people in redacted places doing redacted things like redacted and redacted. The report opened my eyes to how redacted, redacted and crazy the program was. My closing feeling on this book is redacted. Now I'm off to watch the movie.

The audio version is a help in working through a comprehensive report, that sometimes reiterates material to allow each section to summarize conclusions.

I decided to work through this prior to watching the Prime movie. I wanted a sense of what is recitation when I look at that adaptation of the information. It's valuable to go to source. I encourage everyone to know more about the circumstances undertaken that are the subject of this report. There are crimes and no one in our government has been held responsible. The reason under the stress of 9/11 resulted in poor decision and practice. We carried out actions that failed to accomplish the desired outcomes. We need to recognize what happened and be better. We need to live up to our treaties and founding documents.

My phone was cyberattacks while listening, I had about 12 hours remaining. The CIA uses various tactics mentioned in this, today, but fail to be caught thanks to the internet, Google, and the people that they puppet. A majority of good people working don't even know whom they're actually taking orders from and/or whom they're torturing.

I appreciate the straightforward telling. I haven’t watched the series yet, but I intend to now.

How do you sell a hearing report?

First off, everyone in America has their side on issues important or unimportant to them. So it’s hard to draw people into a narrative such as a report from a committee. I’m not saying the narrative is fluff or propaganda of a sort but it’s difficult to follow a plot when it’s just a long stream of information with no real conclusive hook to bring to reader down from a cloud of utter confusion.