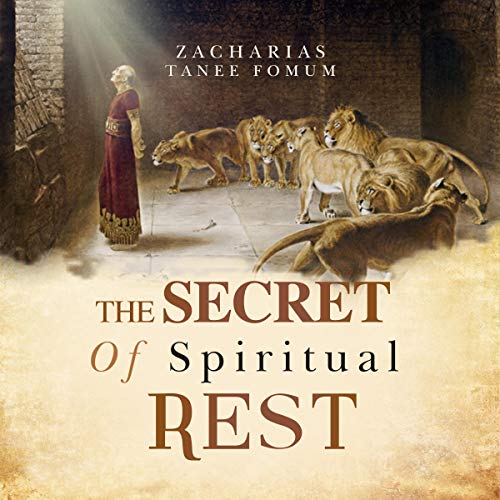 It has taken me nearly five years to write this book. When I first began to think and pray for the book, one of the prayer topics was, “Lord, grant that the manuscript be finished by 30th September, 1986." I wrote a bit of it then, but found out that if I continued to write, I would present good theories, some of which were not true in my life. I decided to wait. I came back to the book in 1988 and made a little progress, but was compelled by honesty to stop the book, so that I might only write what, in my experience, was real in my life. The Lord has been very good to me in the last three years. He has led me into the experience of spiritual rest in many dimensions that have included our ministry and my promotion to professorship at the University. One month ago I felt that I could write the book and it would be true. It was as if a heavy burden was upon me to write. Many believers gave themselves to pray unceasingly for me as I wrote.

I was not quite prepared for some of the things that I have seen in these last weeks about the Body of Christ and the need to be at peace with each believer. However, God has led me. My eyes have been opened, and I have begun to carry out the needed restitution. This morning I went out to seek a brother with whom I have had a problem for a long time now. I asked for his forgiveness and he forgave me and we prayed together. He asked God to forgive him for his own wrong. I went to a second brother, but he was not at home. There is a third brother with whom I will seek to be reconciled this week. I can no longer recrucify the Lord by not removing every barrier that I can remove, which stands between me and anyone who confesses that Jesus is Lord. I believe that this is only the beginning, and that the Holy Spirit will lead me on and on, until I am able to truly say: “I know no one on earth who confesses that Jesus is Lord with whom I am not in fellowship as far as it depends on me.” That is one aspect of spiritual rest. There are other aspects covered in this book.

My prayer for you, as you read this book, is that you be open to the Holy Spirit and that you obey Him wherever He may lead you and at any cost.

The Secret of Spiritual Restに寄せられたリスナーの声