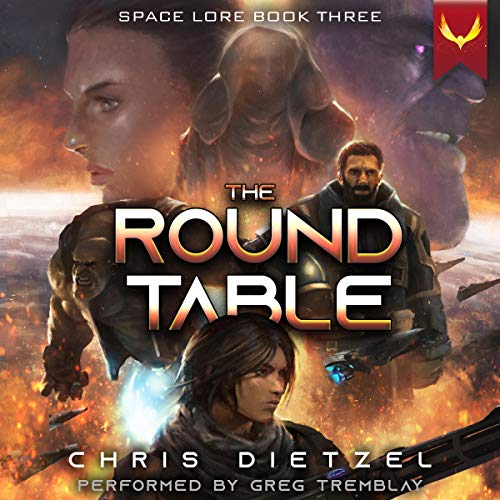 The CasterLan forces have withdrawn to the edges of the solar system. Vere CasterLan, their leader, struggles to survive in the galaxy’s most feared prison. Meanwhile, the Vonnegan Empire looks to find more planets to rule over.

Seeing firsthand the cruelty and suffering that the Vonnegan Empire is capable of, Vere begins to understand that only one thing that can bring peace to the galaxy and stop Mowbray Vonnegan once and for all. It’s a simple notion, only three words: The round table.

But as the call goes out for armies from every corner of space to unite against a common evil, will anyone listen to a ruler who has already lost everything she once had?

In this third installment of the Space Lore trilogy, discover the fates of Vere, Morgan, and the entire galaxy.