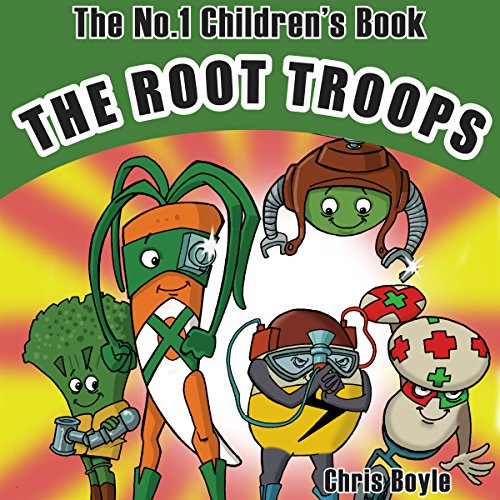 The Root Troops is based in a secret land of forgotten vegetables called Parsley Valley, ruled by Queen Corley Flower. The Queen plants the seeds and tends the vegetables until they can walk and talk. The vegetables hope to reach their paradise kingdom of Legume, which they enter through the secret doorway of children’s mouths. Unfortunately most of the children would rather eat sweets, so many of the vegetables never get to Legume and instead are thrown away to rot. The children are being brainwashed by the evil Candy Cane, who encourages them to ignore the greens and go with sweets. To fight back, Queen Corley Flower pumps the nutrients from 1,000 vegetables into a brave team of vegetables. That was when the superhero vegetables were born and they called them - The Root Troops, their task, to vanquish the evil Candy Cane and his army.