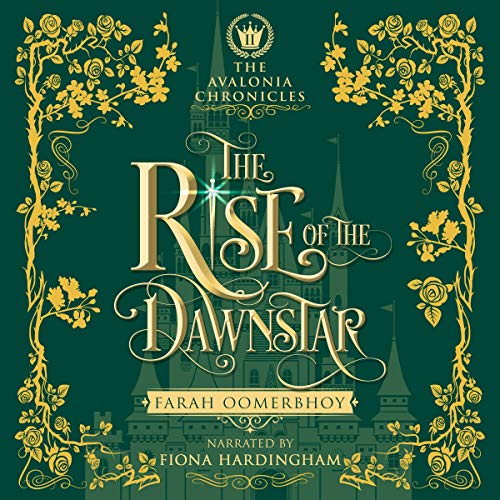 Aurora Firedrake returns in the spellbinding sequel to The Last of the Firedrakes.

The seven kingdoms of Avalonia are crumbling, and evil is spreading across the land like a plague. Queen Morgana is close to finding a way to open the Book of Abraxas, and it's only a matter of time until she uses the power trapped inside its pages to enslave the entire world.

With Avalonia growing more dangerous by the day, Aurora must travel through war-torn lands and deep into the heart of the fae kingdom of Elfi. Her goal is to find a legendary weapon infused with the last of the realm's ancient magic - the only weapon in the world powerful enough to stop the queen.

Aurora might have survived her first battle against Queen Morgana, but the true fight to save her kingdom and restore her throne has only just begun...

The Rise of the Dawnstarに寄せられたリスナーの声

I was given a free copy of book one in this series(The Last of the Firedrakes) in exchange for an honest review. I immediately bought the next two books in the series when I finished it. The story is very good. It’s an exciting and fast paced story with excellent narration.