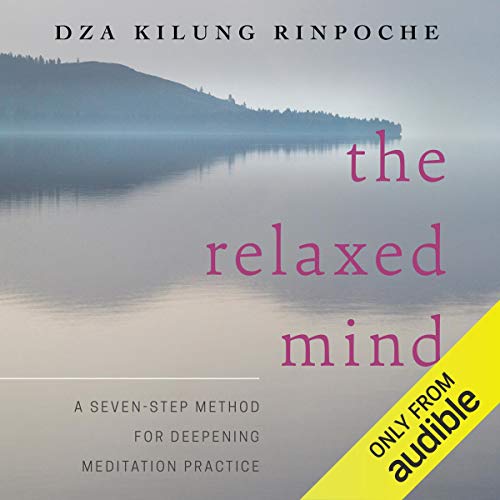 In the late 1990s, shortly after arriving in the United States, it became clear to Dza Kilung Rinpoche that his Western students were unable to progress in meditation, as well as his students had back in Asia - and he realized that was because the pace of Western life made it difficult for them to relax. The Relaxed Mind contains instructions for the seven-phase meditation practice Dza Kilung Rinpoche developed for Westerners. It's very traditional but adapted to help those of us who live in a culture of distraction. The method is a way for tense meditators to relax and deepen their practice - but it's also an excellent meditation manual for any beginner.

This book is a nearly perfect meditation manual. If you want to learn how to meditate, follow this book, step-by-step, slowly and with patience and you will definitely see the results of meditation practice.

I thoroughly enjoyed the narrator and sense of humor in his voice. I strongly recommend this.

Enjoyed the steps outlined in the book. Step by step discovery of different styles of meditation. take it slowly amd learn each step. do not rush. Step by step.