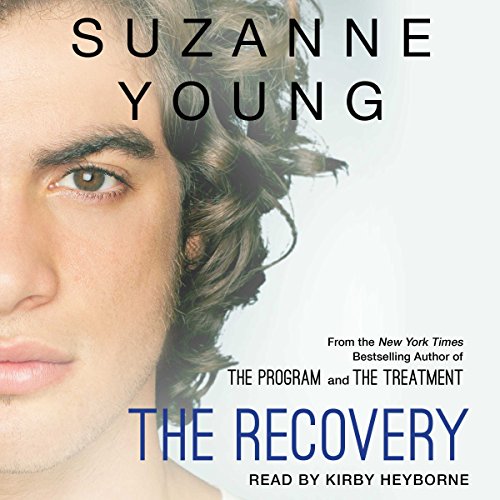 Realm hopes that with each past he helps to recover, he'll be able to reclaim a small bit of his own in this spinoff story to Suzanne Young's best-selling duology, The Program and The Treatment.

Six months after the fall of The Program, ex-handler Michael Realm is struggling with his guilt. After all, he was instrumental in erasing the memories of several patients - including one he claimed to love. With a lifetime of regret stretched before him, Realm vows to set things right.

Along with his friend (yes, friend), James Murphy, Realm will track down those he's hurt in an attempt to give them back their lives - starting with Dallas Stone. He's not looking for forgiveness or redemption; he's not a hero. But helping others may be the only way to save himself.

This was a good continuation of the story. Unfortunately I ended up reading it out of order so it gave away pieces I didn't know but that's my own fault.

I appreciate the friendship development between the two main characters. The interactions flowed well and were believable in my opinion. If you are a fan of the series I'd recommend the book. It's not a read alone book though. Without the context of the series, the book would be meaningless.

The story itself was fine as a short story although the author could have done a bit more with it.
i was mostly dissappointed with the narration. The author's voice just did not fit the characters. That took away from the story for me a bit.

It was a great extension to the program and the treatment but it was way too short! I was so confused why it ended. There is a lot left unsaid and it ends at a strange spot. It almost feels like only half a thought.

kept my attention. ever changing. must read. great for teens and up. thanks for sharing this story

This was a separate book???

Loved the series, but when I downloaded this third and final book I expected it to be more than 10 short chapters. I listened to the entire book within two visits to the gym. Wish I would've looked at the details before downloading - this could've just been a prologue at the end of the last book. :-(

but the reason I have it 4 was cause I felt it was rushed & I REALLY REALLY WISH THIS WOULD'VE BEEN a FULL SIZE NOVEL! It had SO MUCH she could've done with it!! I still loved it! I guess if the ONLY COMPLAINT is how much I DESPERATELY WANTED IT LONGER THEN YOU KNOW IT'S AMAZING!

As a huge fan of THE PROGRAM, I was so excited when this short book was announced. It is set after the 2nd book, THE TREATMENT and picks up right where that book left off.

One of my favorite things about this series is that the characters are well rounded. They are typical teens/young adults with flaws and missteps. The story was very satisfying and well worth the listen. It made me want to go back and revisit the series.

Kirby Heyborne does a good job with the narration after the first 10 minutes or so which is how long it takes for him to find his pacing. He also mispronounces the name Asa as Ah-za which bugged me, but for the most part he was good.

Sadly, the waiting begins again for the "prequel" of sorts THE REMEDY.

What I can say a bout it ? If you want to know what happens after everything you can buy it , if you don't care don't buy it