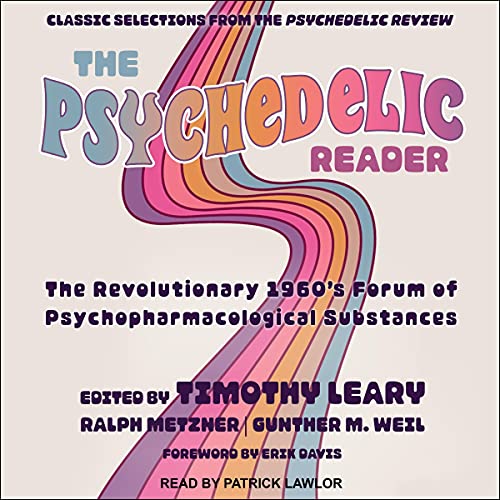 Half a century ago, the world changed forever when a Swiss chemist inadvertently ingested the experimental compound lysergic acid diethylamide. Many scientists expected LSD's radically psychoactive chemicals to revolutionize mainstream culture. The Psychedelic Review was founded in 1963 as a serious journal dedicated to the study of the potential of both natural and synthesized psychedelic substances. Presenting experts in the fields of anthropology, religion, pharmacology, poetry, and metaphysics, this pioneering journal had a dramatic impact on its times.

Today, the benefits of LSD and other psychoactive drugs in treating depression, anxiety disorders, and PTSD have sparked renewed research. The Psychedelic Reader offers a relevant guidebook to the foundations of a bold new era in mental health studies. Luminaries such as Alan Watts, Timothy Leary, Sir Julian Huxley, and Ralph Metzner contribute insights on a variety of fascinating and controversial subjects. From precise dosage guidelines to ruminations on the poetry of Herman Hesse, this powerful anthology presents the entire psychedelic spectrum with both the seriousness and open-mindedness it deserves.