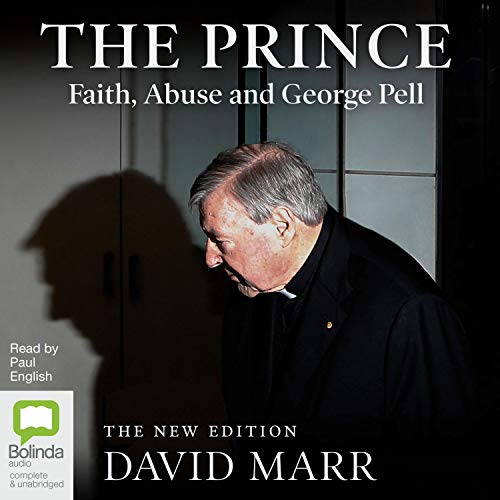 The Prince is an arresting portrait of faith, loyalty and ambition, set against a backdrop of terrible suffering and an ancient institution in turmoil.

The leading Catholic in the nation and spiritual adviser to Tony Abbott, Cardinal George Pell has played a key role in the greatest challenge to face his church for centuries: the scandal of child sex abuse by priests.

In The Prince, David Marr investigates the man and his career: how did he rise through the ranks? What does he stand for? How does he wield his authority? How much has he shaped his church and Australia? How has he handled the scandal?

Marr reveals a cleric at ease with power and aggressive in asserting the prerogatives of the Vatican. His account of Pell’s career focuses on his response as a man, a priest, an archbishop and prince of the church to the scandal that has engulfed the Catholic world in the last 30 years. This is the story of a cleric slow to see what was happening around him; torn by the contest between his church and its victims; and slow to realise that the Catholic Church cannot, in the end, escape secular scrutiny.