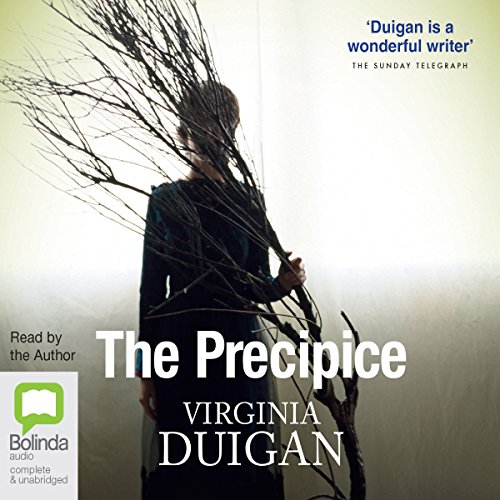 "Duigan's approach to truth-telling in fiction in some ways harks back to Dostoyevsky. Thea dares us to disbelieve her and the more she does so, the more powerful her account becomes. Is it possible for an unreliable witness, a witness who might be, by her own admission, paranoid, to tell a truth others are too blind, lazy or self-absorbed to see?" ( The Sydney Morning Herald

Thea Farmer, a reclusive and difficult retired school principal, lives in isolation with her dog in the Blue Mountains. Her distinguished career ended under a cloud over a decade earlier, following a scandal involving a much younger male teacher.

After losing her savings in the financial crash, she is forced to sell the dream house she had built for her old age and live on in her dilapidated cottage opposite. Initially resentful and hostile towards Frank and Ellice, the young couple who buy the new house, Thea develops a flirtatious friendship with Frank, and then a grudging affinity with his 12-year-old niece, Kim, who lives with them.

Although she has never much liked children, Thea discovers a gradual and wholly unexpected bond with the half-Vietnamese Kim, a solitary, bookish child from a troubled background. Her growing sympathy with Kim propels Thea into a psychological minefield. Finding Frank's behaviour increasingly irresponsible, she becomes convinced that all is not well in the house. Unsettling suspicions, which may or may not be irrational, begin to dominate her life, and build towards a catastrophic climax.

Could be good but I'll never find out

This award winning story is probably absolutely compelling but the performance by the author is just unlistenable. A thin voice that stumbles through the text and makes the main character almost impossible to like. Just shows what an incredible difference a good performance makes.