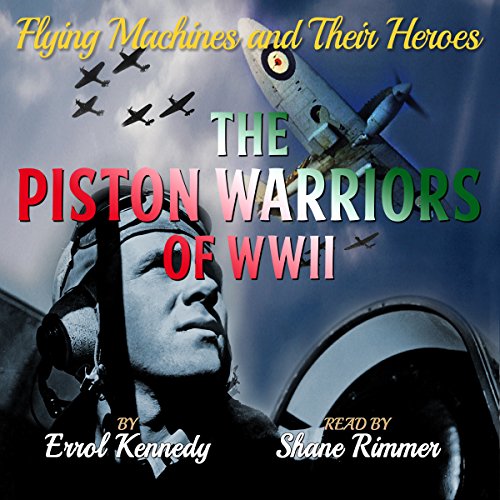 The fifth book in this series recounts the nostalgic and moving history of fighting in the skies during World War II, from every fighting air force on both sides of the Atlantic, and the stories of the men and machines that made those forces great. It follows the development of military aircraft - the RAF and the USAF - from fighters to the big bombers that ruled our skies during World War II from the Battle of Britain to the atom bomb.

"The RAF were losing men and machine at an alarming rate over the channel and France. Resources and moral were at an all-time low. Britain desperately needed allies if it was to hold off an invasion. The Japanese attacked Pearl Harbor in 1941. America joined the war and Britain found its closest ally."

The Piston Warriors of WWIIに寄せられたリスナーの声

Another great book by Errol Kennedy

Great book of the history of some of the best planes of the 20th century.