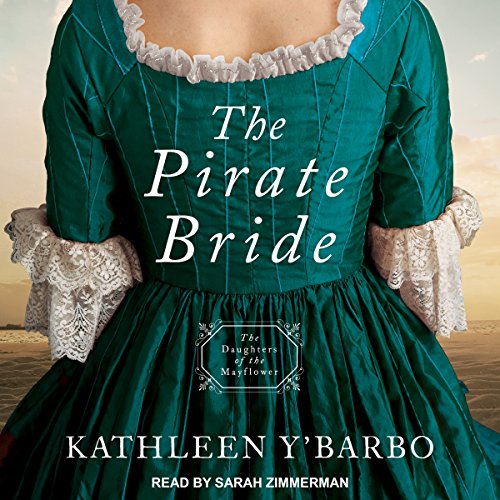 Can a former privateer and a determined heiress find lost treasure in 1725? Pasts collide in New Orleans when a treasure goes missing.

The last time New Orleans attorney Jean-Luc Valmont saw Maribel Cordoba, a Spanish nobleman's daughter, she was an 11-year-old orphan perched in the riggings of his privateering vessel proving herself as the best lookout on his crew. Until the day his infamy caught up with them all, and innocent lives were lost.

Unsure why he survived, but vowing to make something of the chance he was given, Jean-Luc has buried his past life so deep that no living person will ever find it - until a very much alive and very grown-up Maribel Cordoba arrives on his doorstep and threatens all he now holds dear.

I thoroughly enjoyed this book. Great narration. I found myself looking forward to listening to it.

A fantastic swashbuckling romantic adventure. Well-written and expertly read. Well done. On to the next bride!

Y'Barbo such a talented author

wonderful author !! loved it !! once I started, couldn't stop till finished !!

I have read several of the Mayflower Series books; most by familiar authors. This is my first book by Ms Y’Barbo and she weaves an excellent story. Unique characters presented action, subterfuge and romance during a period in history not often portrayed.
Read it for yourself, I don’t believe in spoilers!

loved this narrator! story pretty good. engaging. but end predictable. too much time spent on girl lost at sea... end seemed like not as much energy or imagination put into it.

Loved the spunky heroine and the depth of the hero. Fun and unusual story with interesting support characters. It is very refreshing to find clean romances, which are a rarity.

I didn't love this one as much as I loved the previous story (The Mayflower Bride) but I did like it. Maribel, the female lead, is so much fun. Plucky, and she loves reading, pirates, and climbing trees. Having the story set in the 1700's amid the backdrop of rocky times between Spain and France-it just wasn't as interesting as the Mayflower voyage. Still, I wanted to be listening when I was not.

Interestingly, there is a huge age difference in the female and male leads. This felt weird for me since Maribel remains so child-like throughout the entire story. When I think of this audiobook as historical fiction rather than a romance, it worked much better. Sarah Zimmerman is a wonderful narrator and, while she had an accent during the first book, she did not use an accent for this one! Remarkable.