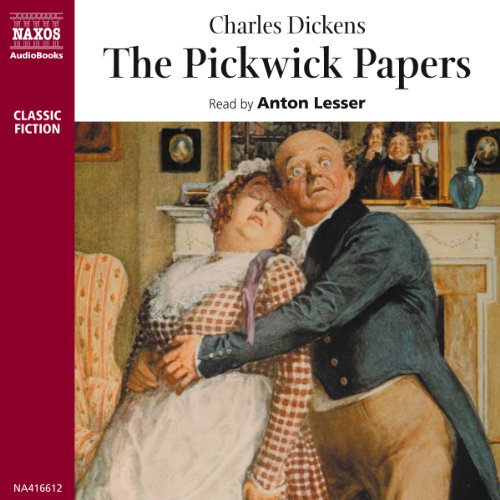 The Pickwick Papers, Dickens' first novel, is a glorious romp through the pre-Reform Bill England of 1827. Traveling by stage-coach, the innocent but well-intentioned Pickwick and his equally naive friends, all in search of "interesting scenes and characters," are repeatedly saved from disaster by the resourceful and quick-witted Sam Weller.

In Dickens's first novel, the many adventures, or perhaps misadventures, of Mr. Samuel Pickwick and his traveling companions are detailed in a series of interrelated vignettes ranging from the frightening to the absurd. David Timson is a one-man ensemble who skillfully portrays dozens of characters. He is equally adept at chilling the spine with the gravelly, breathy tones of a madman as he is at tickling the ribs with the clipped speech and perfect comedic timing of a bold charlatan. Even his female voices, while seemingly overdramatic, capture the delicate nature of Dickensian women, who are oftentimes prone to fainting spells and fits of hysteria. Timson creates a superb portrait of nineteenth-century England that Dickens himself might have declared "a capital performance."