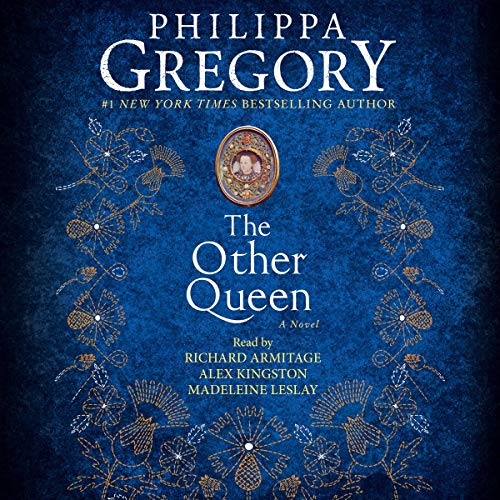 Fleeing violent rebellions in Scotland, Mary looks to Queen Elizabeth of England for sanctuary. Though promised protection, Mary, perceived as a serious threat to the English crown, is soon imprisoned by her former friend as a “guest” in the house of George Talbot, earl of Shrewsbury, and his indomitable wife, Bess of Hardwick. The newly married couple welcomes the condemned queen into their home, certain that serving as her hosts and jailers will bring them an advantage in the cutthroat world of the Elizabethan court.

To their horror, they grow to realize the task will bankrupt their estate and lose them what little favor they’ve managed to gain as their home becomes the epicenter of intrigue and rebellion against Queen Elizabeth. And Mary is not as hopeless as she appears, manipulating the earl and spinning her own web of treachery and deceit, as she sharpens her weapons to reclaim her Scottish throne - and to take over Queen Elizabeth’s of England.

A story with a well known ending told from unique perspectives. It also told the not so well known story of Bess of Hardwick, which I found fascinating! I also enjoyed the narration very much. I am sad the book is over; wondering if my next choice will be as intriguing and intoxicating as this book was.

Best one yet by Philippa Gregory!

Having read nearly all of her books on the Tudors and the Cousins' Wars, I clearly love Gregory's historical fiction. However, this one knocked my socks off from beginning to end. Her strategy of using 3 narrators was very effective, especially since the reader could look at the same events from very different angles by 3 people whose lives and fortunes had become completely enmeshed. The three narrator's perfectly embodied the characters they played and completely brought the reader into each of their perspectives and motivations. Each of them allowed me to forget about the known historical outcome and I almost believed that a different ending was possible.

Does not live up to other PG titles

The performance of the story as well done, the story it’s self just doesn’t have the intrigue, mystery and romance that I expect after reading other PG stories. The story itself is kind of boring and predictable whether or not you’re familiar with what happened to queen Mary of Scots.

Tried very hard to keep interested. The chapters seemed to repeat themselves. It was a rehashing of the same thoughts over and over. Very disappointing. Just couldn't waste anymore time on this one.

I ABSOLUTELY LOVED THIS BOOK!
I most definitely will be listening to this incredible book again and again!
I adore Queen Elizabeth 1 and I had to choke back tears of joy because Ms. Gregory brought her, Mary, Queen of Scots to life...and I was there ...with them, breathing the same air! A simple "Thank you" will never, ever suffice!!!!❤❤❤

Outstanding writing and reading, as usual

I was especially eager to listen to this book, as Alex Kingston and Richard Armitage are two of the readers. They did not disappoint. The manner in which each expressed their joys and their tears, along with an amazing turn as a man who is completely undone, were beyond any expectation I had.

The style of first person narraratipn captivated me.
This reimagination of this classic story gave me a perspective which allowed me to see the many untold layers that surround this period of history. A must for history lovers, women and anyone who has a love of the theater of story and language.

Great story of a time in history that seems to mimic today. Have we as humans learned anything?? I did get a bit weary with the over long dialogues that seemed repetitious. It’s a long listen but worth it.

The book itself was very enjoyable and we'll written. However, the talented artists doing the narration are what made it truly captivating. I'll be the first to admit that the insanely talented Richard Armitage was the reason why I bought this book in the first place. He is exceptional when it comes to narrating books and, as another friend and I joke, he gives great ear-gasmns. The added bonus of Alex Kingston lending her vocals just made it all the more enjoyable. Xoxo

Another great book from Gregory!

The book takes a unique perspective on Queen Mary. I love Alex Kingston's performance! She is one of my favorites!