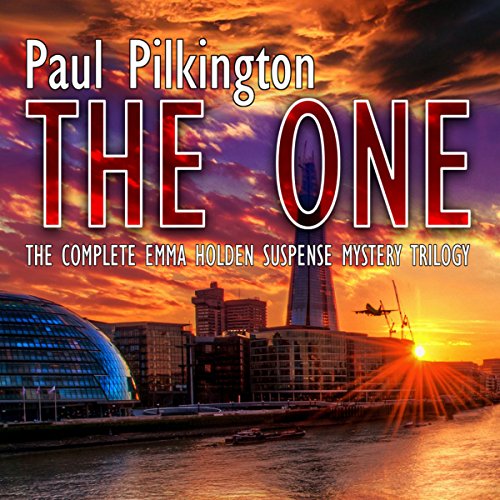 The One You Love: Emma Holden's nightmare has just begun. Her fiancé vanishes, leaving the battered and bloodied body of his brother in their London apartment. Someone is stalking her, watching her every move. And her family are hiding a horrifying secret; a secret that threatens all those she loves. In a desperate race against time, Emma must uncover the truth if she ever wants to see her fiancé alive again.

The One You Fear: The gripping sequel to the number one suspense mystery, The One You Love. Emma Holden and her friends are trying to move on from the horrific events surrounding Dan's disappearance. But a shocking revelation drags them back into the nightmare and forces them to question everything they once believed to be true. More secrets will be revealed, more lies will be told, and more lives are under threat.

The One You Trust: The thrilling conclusion to the best-selling Emma Holden suspense mystery trilogy. Emma Holden, now happily married, hopes that the nightmare is finally over. But the biggest danger is yet to come. Sinister accusations and shocking revelations sow mistrust, threatening to tear Emma and her friends apart. Soon, Emma must fight for her life as the horrifying truth behind Dan's disappearance is revealed.

Sorry, I can't recommend this book

Tedious to listen to. Painfully long, trite descriptions that went on and on but didn't add to the story . I never felt any connection with the characters. I wanted to know the ending so I stuck it out but was disappointed with that too.