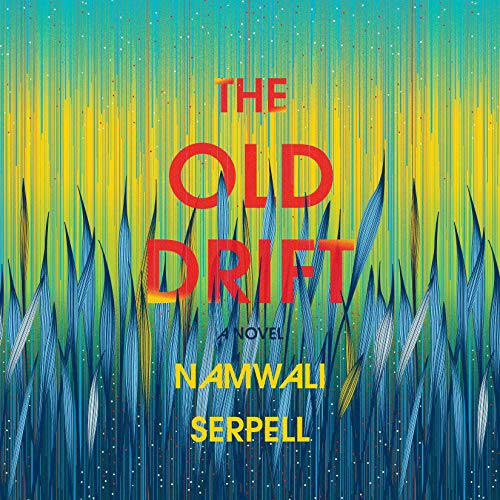 "In a novel that spans the breadth of Zambia’s precolonial past to its digital future, Serpell’s unbound imagination is often a thing of beauty.... It is in the familial space with its dramas of loves, betrayals, desires and dreams that [Serpell] excels. Her Zambian characters are especially brimming and compelling. In a nod to Leo Tolstoy, she eventually offers her readers a lovely kernel of an overarching theme that binds her characters across the passage of time and encapsulates her confident writing style: 'Every family is a war but some are more civil than others.'" (Minneapolis Star Tribune)

"Namwali Serpell’s vibrant, intellectually rich debut novel, The Old Drift, is in keeping in that tradition, and like any good nation-hoovering novel, it too refuses to conform to expectations.... This oddball cast of characters simply represents the joys of the picaresque novel, in which the author’s set design is intentionally surreal and ironic.... Serpell is a natural social novelist, capable of conjuring a Dickensian range of characters with a painterly eye for detail." (The Washington Post)

Named one of the Best Books of the Year by:

The year 1904. On the banks of the Zambezi River, a few miles from the majestic Victoria Falls, there is a colonial settlement called The Old Drift. In a smoky room at the hotel across the river, an Old Drifter named Percy M. Clark, foggy with fever, makes a mistake that entangles the fates of an Italian hotelier and an African busboy. This sets off a cycle of unwitting retribution between three Zambian families (Black, White, Brown) as they collide and converge over the course of the century, into the present and beyond. As the generations pass, their lives - their triumphs, errors, losses and hopes - emerge through a panorama of history, fairy tale, romance, and science fiction.

From a woman covered with hair and another plagued with endless tears, to forbidden love affairs and fiery political ones, to homegrown technological marvels like Afronauts, microdrones, and viral vaccines, this gripping, unforgettable novel is a testament to our yearning to create and cross borders, and a meditation on the slow, grand passage of time.

Longlisted for the Center for Fiction First Novel Prize

"An intimate, brainy, gleaming epic.... This is a dazzling book, as ambitious as any first novel published this decade." (Dwight Garner, The New York Times)

"A founding epic in the vein of Virgil’s Aeneid...though in its sprawling size, its flavor of picaresque comedy and its fusion of family lore with national politics it more resembles Salman Rushdie’s Midnight’s Children." (The Wall Street Journal)

"A story that intertwines strangers into families, which we'll follow for a century, magic into everyday moments, and the story of a nation, Zambia." (NPR)

I originally found The Old Drift through a search on Adjoa Andoh, one of my favorite Audible performers. This sprawling epic must be one of her greatest achievements--at least 3 generations of characters who appear at different ages. They need to have age-appropriate voices that identify them with consistency. How could one person perform all of these characters?

The Old Drift is a monumental book and I loved it. I've just finished listening and can't wait to suggest it to others. I thoroughly enjoyed the various parts that intersect and separate and intersect again in this book. Is the sum greater than the parts? I will continue to think about the swarm of messages and memorable characters that are buzzing around in my head, the themes like hair, water, mosquitoes, and cha-cha-cha. I laughed out loud a lot during my listening.

Namwali Serpell has moved up to my favorite newly discovered author. Her use of language is exquisite. Particularly when the Mosquito speaks, her language abounds in what borders on literary punning, literary twists-and-turns, and surprises. From the perspective of ancient Greek and Latin literature, the Mosquito seems to function very much like a Greek chorus in a tragedy, turning to the audience with explanations of the narrative and third-person observations and leading us to universal truths. The Mosquito speaks in a poetic rhythm as he should and provides us with etymological information (especially the Latin and Greek origins of words and expressions). If you don't love this stuff, just laugh. I don't want to give away too much about the Mosquito's significance.

Caveat: it took me a little while to get into the very first section of the book (on David Livingstone). If this happens to you, pause and rewind and start again. Information about the historical events and setting at Victoria Falls are necessary. You will soon meet characters who are far more exciting. Although the book requires a suspension of disbelief, eventually the events and characters that seem most far-fetched are actually true.

I'm trying hard to avoid spoilers. In summary, if you know someone who is confined with a broken leg and wants a great book to escape into, I strongly recommend The Old Drift. The Audible version couldn't be better.

A saga of Africa and African immigrants

I really enjoyed 85% of this book. Divided into three sections, the story spans about one hundred years or so, using fantasy and magical realism swirled into to historical events. When the plot moved into the realm of science fiction, it lost me for a bit. but the author manages a satisfying ending. One note... I recommend getting a hard copy of the book, or the kindle edition, in addition to the audible version. You will definitely want to keep referring to the family tree diagram at the front. Otherwise it's very hard to keep the characters straight. Books On Our Brains Society read this as our monthly selection and all felt the family tree diagram was essential.

Amazing. A narrative triumph! A book to listen to more than once both for the story and the voices.

Why, oh why, does one of the narrators believe that Italians speaking Italian with each other in Italy speak with a phoney accent, some kind of broken “Italian English”? Like a Super Mario parody. This really ruined the book for me.


A superb saga surveying 3 generations of intertwining families as they migrate or marry the indigenous and assimilate into Zambia. Highly affecting (almost to shock and awe with its denouement) and brimming with vibrant characters, without an ounce of romanticizing or sentimentalities.

I cannot imagine 10 fiction or nonfiction books will be published this year that are better. A must for literati: it will most certainly be a finalist or be short-listed later this year for the Man Booker, the Natl Book Award, etc.

Beautifully read, and all the sentences are well-crafted. Some characters are interesting... but why are we following this course? Finished the book and I have no idea... more of a meditation than a story to me.

too many stories. needs editing.

great plot ideas, but not well fitted together. maybe should have been two books. great readers.

too epic of a story, too many characters too keep up with, not able to follow the time.

An enormous investment of time for...?

Despite the spectacular readers of this epic novel, the multi-generational storyline did not hold together. The storytelling was uneven, and though some of the characters were interesting, it was hard to care about so many of the others. I really wanted to like the book, and stuck with it until the end, but I cannot recommend it.