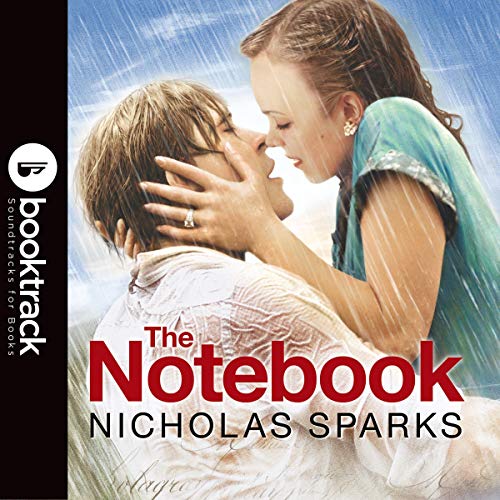 "When it comes to tales about love, Nicholas Sparks is one of the undisputed kings." (Heat)

How far can love endure?

Noah Calhoun has just returned from World War Two. Attempting to escape the ghosts of battle, he tries to concentrate on restoring an old plantation home to its former glory. And yet he is haunted by images of the beautiful girl he met there 14 years before, a girl who captured his heart like no other.

But when these distant memories begin to slide into reality, the passion that had lain still is ignited once more. Though so much is in their way, the miraculous force of their love refuses to fade.

*Booktrack is an immersive format that pairs traditional audiobook narration to complementary music. The tempo and rhythm of the score are in perfect harmony with the action and characters throughout the audiobook. Gently playing in the background, the music never overpowers or distracts from the narration, so listeners can enjoy every minute. When you purchase this Booktrack edition, you receive the exact narration as the traditional audiobook available, with the addition of music throughout.