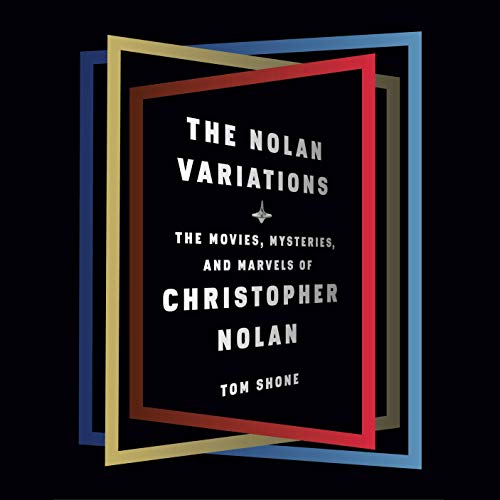 An in-depth look at, and written in collaboration with, the man considered to be the most profound, and commercially successful director at work today - a franchise unto himself - whose deeply personal million-dollar blockbuster movies - The Dark Knight (2008), Inception (2010), Dunkirk (2017) among them - have earned more than $4.7 billion worldwide: His work, his influences, his vision, his enigmatic childhood past, and much more.

A rare, intimate portrait of Christopher Nolan with the full cooperation of Nolan himself who opened up more fully than ever before in his talks with Tom Shone. In chapters structured by themes and motifs ("Time"; "Chaos"), Shone writes of Nolan's thoughts on movies, on plots; on time, identity, perception, chaos, daydreams. Here is Nolan on the evolution of his pictures, and the writers, artists, directors, and thinkers who have inspired and informed his films. To write the book, Tom Shone, who has known Nolan for more than two decades and who spent months with the director, was given unprecedented access to Nolan's notes, scripts, storyboards, and artwork.

In this riveting portrait of an artist, Shone deftly navigates Nolan's themes, influences, and working methods (both in writing and directing). Here is his dislocated, trans-Atlantic childhood ("It makes you feel very differently about the concept of "home'")...how he dreamed up the plot of Inception lying awake one night in his dorm ("I prized the imaginative space of listening to music in the dark, thinking about things, imagining things, films, stories")...his color-blindness and its effect on Memento ("People are fascinated by other people's perception of the world and the way in which it differs")...his obsession with puzzles and optical illusions...and much, much more.

A Must-Read for any Christopher Nolan fan

This is a must-read for any fans of Christopher Nolan movies. Chronicling Nolan's movie career and offering insight to his upbringing and influences, this book was a fantastic inside look to Christopher Nolan.

This is more or less a collection of interviews that Tom Shone has had with Nolan over the years, where he talks through the making of and influences of his film career. Don't read this book with the expectation that he'll offer an explanation to the ending of more of his controversial movies (Inception, Interstellar, Tenet).

Overall, this was a very interesting read and offered excellent expose and insight to Christopher Nolan's filmography. It was also written with ease and flowed very well.

Pros: this book offers first hand interviews with Christopher Nolan as he discusses all of his movies and influences.
Cons: None.
Bottom line: this book makes me want to re-watch many of my favorite Nolan movies and I will certainly re-read this book again.

Fantastic take on my ne of the best visionary filmmakers

This book gives a comprehensive insight into the mind of Chris Nolan - a filmmaker with enormous talent and panache.