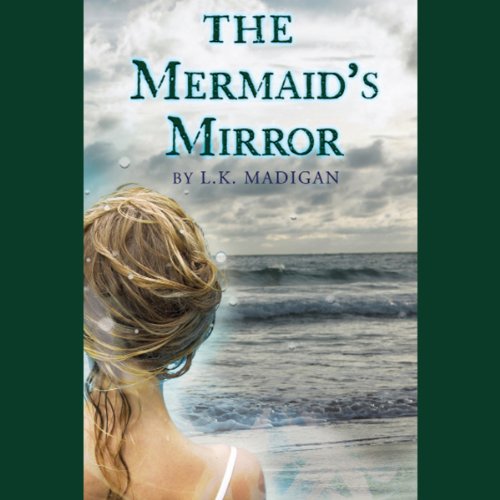 Lena has lived her whole life near the beach, walking for miles up and down the shore and breathing the salty air, swimming in the cold water, and watching the surfers rule the waves. The problem is, she's spent her whole life just watching.

As her 16th birthday approaches, Lena vows she will no longer watch from the sand: she will learn to surf. But her father, a former surfer himself, refuses to allow her to take lessons. After a near drowning in his past, he can't bear to let Lena take up the risky sport.

Yet something lures Lena to the water - an ancient, powerful magic. One morning she catches sight of this magic: a beautiful woman with a silvery tail. Nothing will keep Lena from seeking the mermaid, not even the dangerous waves at Magic Crescent Cove. And soon what she sees in the mermaids mirror will change her life.

I can't even make myself finish this book. I am in my 30's and I love teen books but this one just makes me roll my eyes every 10 minutes. Maybe if the narrator was decent I could make it through but the narrator makes all the characters sound the same. Don't waster your money.

Not very good: all about ripping apart families

The core of the story is about breaking parents' hearts, ripping apart those who love each other, and breaking families. Not a very good tale.

the story started off very slow. so slow I almost said forget it. it picked up & got interesting but I did not like the ending. Not really worth me keeping. the performance was good, she kept me interested.