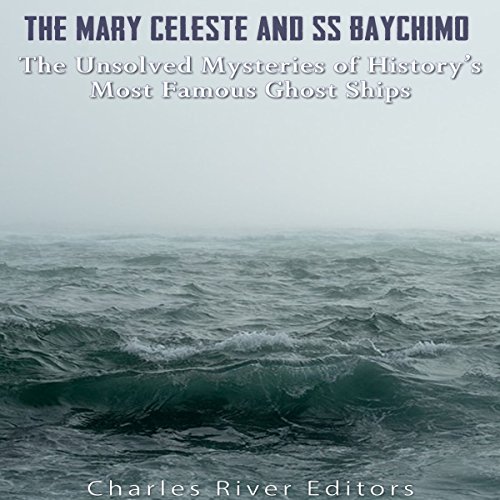 The Mary Celeste and SS Baychimo

People love mysteries, which is a good thing since history is so replete with them. This is especially true among seafaring people, and of all the mysteries of the deep, few rise to the level of the Mary Celeste. In many ways, it is a story more suited for an episode of The X-Files than it is for any history book. There is the unlucky ship that began her sailing career under a cloud of bad fortune and accident. Then there is that handsome young captain, a man appearing to be of the highest moral fiber who chose to travel with his wife and young daughter rather than carouse with loose women. His crew was small but faithful, and his First Mate was an old friend. They set sail for Genoa late in 1872 but arrived instead in the history books, lost suddenly to a mystery that remains unsolved to this day.

The first indication that anything unusual had happened came on December 5th of that year, when the Mary Celeste was found by another ship, the Dei Gratia, sailing safely and intact but completely devoid of human beings. The bed was unmade and the captain's cabin a bit untidy, but otherwise there was no sign of struggle. Or was there? A sword turned up with spots that some thought must be blood, and there were also mysterious cuts on the ship's railing, but at the same time, the ship's provisions were almost entirely untouched, leading some to theorize pirates attacked the ship and others to believe all of it consisted of normal wear and tear?

The mystery might have been forgotten altogether shortly after, but young Arthur Conan Doyle, who would eventually earn fame for his Sherlock Holmes mysteries, helped popularize the Mary Celeste and its mysterious fate with his fictional story "J. Habakuk Jephson's Statement." Naturally, as the story spread, so did the rumors and the theories. Some believed the crew mutinied, while others speculated that the boat's own owner had those on board killed. As the decades passed, men turned up claiming to have new information, but nothing definitive was ever confirmed.

By the early decades of the 20th century, the fur trade had tapered off some from its heyday in the 19th century, but it still proved profitable enough for hunters to live for months at a time in remote regions of Alaska. Their only contact with the outside world consisted of the company ships that came to buy their furs and bring them supplies. One of these vessels was the steamer Baychimo, a Hudson's Bay Company ship that plied the treacherous waters off Alaska, Arctic Canada, and Siberia for many years, supplying remote outposts of Inuit and Anglo trappers and bringing back their catch of furs.

Her sailors were experts at handling Arctic waters, but one year the weather proved too much for them. In October of 1931, the Baychimo was carrying $1 million in furs for the Hudson's Bay Company when it was trapped by early winter pack ice in the Beaufort Sea. Ice is a powerful force of nature that can crush even the strongest of ships, so the captain had no choice but to order his crew of 14 men to unload all equipment essential for their survival and abandon the Baychimo.

Nature had other ideas. On November 24, a month into their vigil, the crew had to hide inside their makeshift home as a fierce windstorm howled over the bleak icescape. However, when they could finally emerge into the daylight, they saw their ship had disappeared.

The ghost ship continued to be sighted in the region for years afterwards. The Baychimo continued to float in the waters between Alaska and Siberia, mostly in the Beaufort Sea. The latest confirmed report was by some Native Americans in 1969, between Barrow and Icy Cape, almost four decades after it had been lost. It's remarkable that it survived storms, pack ice, and encroaching rust after all that time.

The Mary Celeste and SS Baychimoに寄せられたリスナーの声

I was looking for a clear and factual book about the Mary Celeste and while this book die6s give me that it is very dry.

It is read like a list right from the start , there is no feeling put into anything at all.

While I realise that this book goes out across the globe and the narrator is American the way the dates ( and there are LOTS of them ) are narrated annoyed me .
They were said as '12 May 1800'
instead of 'the 12th of May 1800'
( just a example not a accurate date)

if you are happy with a reference type book then this is for you, bit if you want the story of the ship with some feeling I would give it a miss.