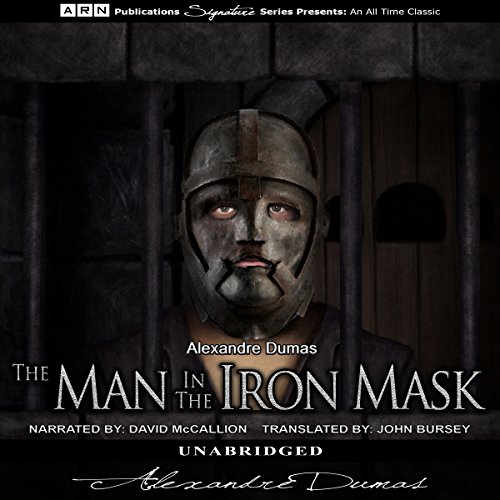 The Man in the Iron Mask, the final installment in the Musketeer series, takes place in 1600s France. The musketeers, D'Artagnan, Aramis, Porthos, and Athos, reconnect through greed, power, and family, in an attempt to overthrow the current King of France, Louis the XIV.

Aramis, now a Bishop, visits the Bastille where a prisoner named Philippe, said to be the twin brother of Louis, has been held since birth. Aramis, with ambitions to become the Pope, convinces Philippe that they can overthrow King Louis and put Philippe on the thrown instead with the twin ruling the people and Aramis reigning over their souls. Aramis plots and schemes and is able to sneak Philippe out of the Bastille but things do not go as planned and after a very brief reign of Philippe, Aramis, along with Porthos are on the run as enemies of the crown.

Backstabbing and treachery ensue as D'Artagnan, now captain of the King's musketeers, is forced to make hard decision regarding saving himself or saving his friends. Athos, living a much quieter life, takes care of his son who is suffering a broken heart. Some of the men will rise, while others fall, all due to the actions of the each other in this action-packed ending to the Musketeer saga.

The Man in the Iron Maskに寄せられたリスナーの声