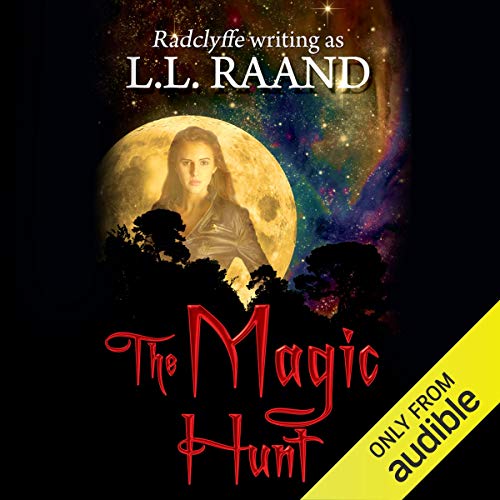 In the aftermath of an assassination attempt, Sylvan Mir, wolf Were Alpha, and her mate Drake McKennan turn their backs on the government that has threatened their survival, vowing to protect their own with primal force, regardless the cost in blood.

After escaping the Vampire dungeons beneath the blood club Nocturne, Fae royal Torren de Brinna petitions Sylvan for sanctuary, setting Sylvan and her allies on a collision course with Francesca, Viceregal of the Eastern Vampire seethe. In the midst of war, Torren finds her heart at risk from a young dominant Were, while Francesca's Vampire enforcer Michel draws one of Sylvan's trusted guards into a web of seduction and danger.

Hunted by human extremists, targeted by the Shadow Lords who fear her growing power, and beset by enemies masquerading as friends, Sylvan leads the Timberwolf Pack to war on two fronts as alliances shift and long-held beliefs are challenged.

Yes, I would leave out too much sex.

Would you recommend The Magic Hunt to your friends? Why or why not?

Yes and no, because it's too much sex. The story is a good one, but really no one wants to picture dogs doing it.

Have you listened to any of Maxine Mitchell’s other performances before? How does this one compare?

She is pretty good. She helps you see the story.

Could you see The Magic Hunt being made into a movie or a TV series? Who should the stars be?

Yes. Can't say who would play the parts.

She needs too stop all the sex just to clear up space. That's what I think she is doing. It should be label erotica. And stop making the werewolves so dang weak. In two hours they are in love. The story is good. I like the action when she gets to it.

The magic hunt, and blood hunt, are my favorites so far. Only thing I really have to say is, I want to hear more about Jody and Becca, I really liked the introduction of torren and would like to hear more about them. You should give us more information on the fae and vampires. We already know a lot about the wolves.

First take care of your guest.

This series is awesome! Read it yrs ago, but this really brings all the Characters to life. Off to my next Adventure.

falling in love with this series

Loving it when I finish one book I can't wait to start another. totally recommend

The narrator's ability to portray and maintain the various characters is magnificent. You can picture them, their movements, attitudes and countenance. She addresses the difficult task of narrating a book with much skill and poise.

Love how it evolves

the books continue to evolve and show how things change but ur values can stay the same. can't wait to start the next one

The story was amazing as always. I am never dissapointed in this series. Sylvan is amazing and so powerful. I love all the characters, the are orchestrated so well.

If you could sum up The Magic Hunt in three words, what would they be?

it was most enjoying to see couples getting together who were not in the same clan. Wolf and vampire!Fay and wolf! I really love Sylvan's nature to protect her mate and wolves. this book in the series was especially enjoyable because of the amount of the fights that took place.

the battle with Sylvan, Bernado and the vampires for her wolf. it was so intense, i didn't even realise i was holding my breathe and until Silvan won. I was so afraid that Francesca would have killed Sylvan

When Sylvan and her clan won each battle I celebrated. The sex scenes were unimaginable, they were too intense especially when it came to Cattia and Michell, Francesca and Michell

Looking forward to the next book in the series. I want to see if Francesca will ever meet Sylvan in battle