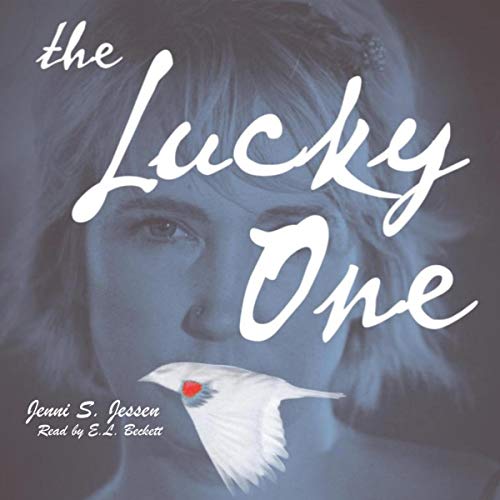 She was only four years old when she was sold into the sex trade. White picket fences and steepled churches all guarded secrets that were not ever supposed to be told. In kindergarten, she began praying every night that Jesus would let her die. In second grade, she sat in church on a Sunday morning swinging her feet from a wooden pew behind the man who had paid to rape her the night before. Her perpetrators were from all walks of life. An engineer, a police officer, a bait shop owner, businessmen, farmers, younger men and old; different men all feeding the same lust. The only thing that they had in common was their brutal love for little girls. She shouldn’t have survived it. If God had answered her prayers, she wouldn’t have. Here is the true account of how she was brought out of captivity and into a life of freedom.

"The Lucky One is a disturbing and riveting entry into the world of sexual abuse, human trafficking, evil, and redemption. Your heart will be sensitized to a great evil, but far more you too will be invited to taste the goodness of God in the land of the living." (Dan B. Allender, PhD; professor of counseling psychology, founding president; The Seattle School of Theology and Psychology)

"This book is heartbreaking. Not in the pain that it describes - which is horrific - but in the beauty that it calls out to in the midst of the pain.” (Christa Foster Crawford, anti-trafficking consultant, Trafficking Resource Connection, adjunct assistant professor of children at risk, Fuller Theological Seminary, School of Intercultural Studies)

I found this to be an excellent book. I love the way Jennisue takes the most horrific things that could happen to a little girl and uses them to point us to a kind, loving and good God. Absolutely stunning. Thank you Jennisue!

The reviews on a lot of scripture use is true due to the author telling her story on how she endured as a believer. I felt the scripture gave light on what she was going through in that aspect. I did not mind the references.

I got this for a story ,all I got was scripture and very little detail.

I wasn’t sure what to expect when beginning this book which became a journey. It is a well written account of the horrific details of human trafficking. The emotional and personal story allowed me to walk with her as her perpetrator and handler had easy access to to her throughout her life. The story has brought to light not only the ease of trafficking but perhaps a road map to healing. The narrator gives a beautiful voice to the details both ugly and searching. I felt as if I was there. I would recommend listening to this more than once especially if you need to find your way out or in the process of healing.

I love how her story of trauma has woven into it the undying love of a forever Savior who paid the ultimate price for all sin. I initially listened through chapter 2, but my mom was in the hospital at the time so it was too much emotion for me to handle at the time!

You need not be a believer to listen but her questions to ponder at the end of each chapter may define your level or lack of belief.

The narrator's deliberate, slow, soft speech almost makes the traumas more palatable & the love of Jesus for all of us was deepened for me! E L Beckett's voice is calming & almost relaxing while Jenni's ludicrous accounts hit my ears & echo in my heart! WOW! WOW! WOW! I couldn't wait to finish listening, & I did!! In it's entirety.

As an adult of childhood "injustice" (I’ll call it) who, similarly, was not only never taught to defend myself but simultaneously stricken with fear should I ever even THINK of making my needs known, I can only imagine how she managed to carry on throughout & between each incident.

I am so thankful to Jenni for being brave enough to share the intimate details of her experiences. It helped me to put words to portions of my ordeals that I have not yet been able to do!

I related to trying to shrink & make myself invisible in small, dark places. I thought if I was quiet enough, & fell compliantly to the back of the line that classmates would stop noticing me & the ridicule, the non-sensical, even made up criticisms of cruel kids would cease in elementary school, but I already had the proverbial "kick me" sign permanently taped to my back. I often felt like a walking target, not realizing that my silence nearly invited more of this treatment. At times I was even the family scapegoat being told I was clumsy, weird, & a quitter. I was not blessed with being able to notice Jesus's protection nor presence in my young life until just a few years ago. For being able to recognize that His loving hand & diligent watch over me kept me from (& continues to) so much more harm I will be forever grateful!!

I just finished working almost 2 years at a rehabilitation house for trafficked women that is faith-based. It’s the only 1 in Nebraska of it's kind & I was enriched & enlightened in SO MANY areas of life by the faith & prayer life of a resident (CL) from there & a staff member (BC) who shared her spiritual gift of edification & encouragement & pointed out that I may be writing women's devotionals someday!

Hearing that Jessi was able to find love as well as go on to fight trafficking around the world, allows me to believe that my purpose in this world will be detailed to me as I continue to seek & listen for Him to speak His will over me & my life.