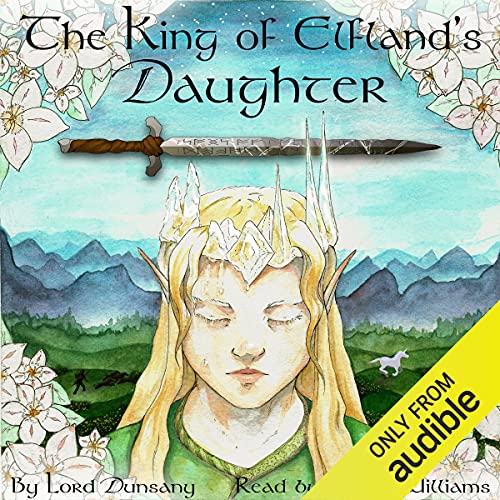 “My people demand a magic lord to rule over them. They have chosen foolishly.”

A beautiful, whimsical, and powerful tale, Lord Dunsany’s poetic use of language captures the strangeness and mystery of fairy tale magic and reminds us that not all fantasy epics have to culminate in a pitched battle between good and evil.

Praised by writers as diverse as Neil Gaiman, Arthur C. Clarke, and H.P. Lovecraft, The King of Elfland’s Daughter stands alongside the works of Tolkien and C.S. Lewis as one of the cornerstones of 20th-century fantasy literature.

Sent forth on a quest to bring magic to the Vale of Erl, the young lord Alveric obtains a sword of thunderbolt iron, and crosses the twilight border into Elfland, returning with the beautiful Princess Lirazel as his bride.

But, for two people from different worlds, however much in love, happiness is not guaranteed, and in the fields, we know, where all things are subject to the remorseless march of time, nothing truly lives happily ever after....