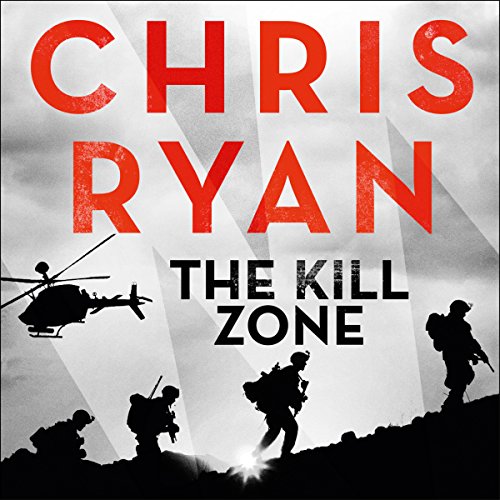 From the author of the best-selling Danny Black series and the hit TV show Strikeback.

The guys in the Regiment know they face their fiercest enemies when they fight the Taliban. No-one is tougher, more deadly - or more cunning. And if they enter the Taliban's kill zone, they know just what to expect....

When three deadly Stinger missiles go missing in Helmand Province, the Regiment is tasked to retrieve the weapons at all costs. SAS legend Jack Harker has a mission to lead an eight-man team into a suspected Taliban facility. He's suspicious about what the aims of the mission really are - and it's about to get noisy.

Meanwhile, in Belfast, Siobhan Byrne, a highly trained surveillance operative, is infiltrating the drug crew of a former IRA commander. But are her motives professional or personal? Even she doesn't know anymore.

Neither Jack nor Siobhan can guess just how closely linked their operations are about to become or just what's at stake. But as the President of the United States makes plans to visit the UK, a devastating plot unfolds.

Glad I searched long and hard for a new military thriller series and Chris Ryan now has like 10 books I’ve never heard of and this one is good so far - hidden gem! I needed some new blood and Ryan does everything well, the right amount of dialogue:action ratio, good but not excessive character development, decent amount of suspense: well done guvna

gripping storyline with twists and turns all throughout.

best story yet 5 star he is getting better

A gripping, non stop action packed story with varying aspects, twists & turns. Brutal at times, this adds to the impact. The narrator did it for me, he added atmosphere.

A good storyline that holds your interest from chapter to chapter. Action across the globe.

This is a super story which brings together a number of leads into an exciting climax which will have you on the edge of uour seat. Unfortunately I do not feel that the story is narrated that well and that the Storyteller completely attacks your hearing with awful accents which at various times make you want to scream, stop the recording and buy the book so you can read it myself.

If you like exciting, easy to follow stories then this is the book for you.
Great descriptive writing backed by a well read narrator. Highly recommended.

Possibly the best military audible book I have ever heard, and I've listened to many. Great story with excellent narration by Michael Fenner, who's character-play is second-to-none. Gripping every minute of the way and a well thought through story.

Terrible accents that get annoying

they really need to get someone who can do irish accents the guy doing this is absolutely shocking. his female irish accent is like nails on a chalkboard. The story is ok but not much suspense