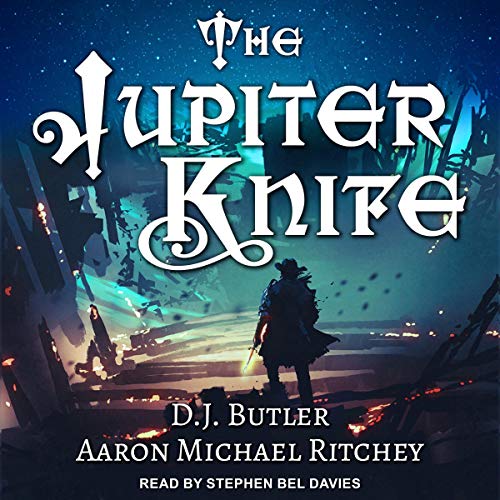 Even ghosts need help from a Cunning Man.

Hiram and his son Michael are dowsing a well in Eastern Utah when they hear a cry of help from the ghost of a small boy, torn to pieces by wild animals. Before they can even begin to look into that tragedy, however, a prosperous local rancher is murdered right before their eyes.

In an attempt to both help the ghost and find the killer, Hiram and Michael must navigate an eccentric cast of characters that includes failed bank robbers, a seductive fortune-teller, an inept sheriff, a crazy prospector, and a preacher with an apocalyptic grudge against the Roosevelt administration.

The mystery, however, isn't just in the hearts of men. There's an astrological puzzle that Michael, now his father's apprentice, must solve. Meanwhile, the murderer is moving slowly against Hiram and Michael, forcing them into a trap from which there is no escape.

I loved The Cunning Man, the characters, the setting, the mystery. I loved it so much I jumped right into this one and listened to it straight through. The Jupiter Knife continued on the magic, added to it with astrology, tied it into another mystery and as impossible as it may seem, the sequel was even better than the original. This is now my favorite series. The combination of history, magic, and mystery are phenomenal.

This was a great sequel to The Cunning Man. It did a great job building on the previous story, and I like how Michael played a bigger role this time.