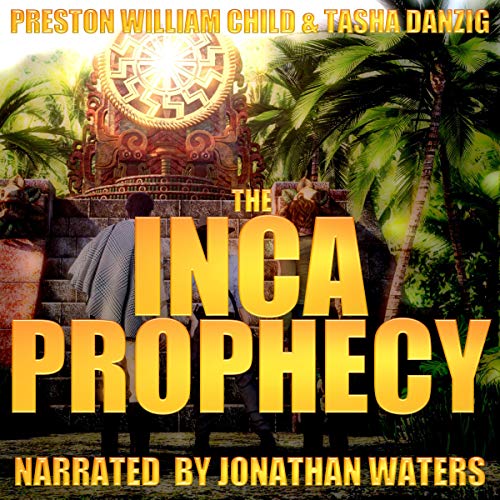 The sea off the coast of Spain holds a secret, buried under centuries of superstition. It has a reputation for being some hellish territory, where crews disappear and ships inexplicably drown in its sublime waters. This is where billionaire explorer David Purdue takes his new yacht out for its maiden voyage. He discovers something under the water that sets into motion an ancient Inca prophecy that would apparently open the hidden city of El Dorado.

In Sagunto, Spain, a murder investigation inadvertently leads Captain Pedro Sanchez into the dark underworld of relic hunting, involving an occult practice he knows nothing about. A young boy is kidnapped by even-tempered Madalina Mantara, but her brother insists that she was under the control of her therapist’s hypnotic powers.

When Madalina and her brother go missing, Sanchez contacts historian Dr. Nina Gould for advice, and soon they find themselves in pursuit of the Order of the Black Sun’s agents. With the maleficent psychologist at the helm, the boy and the siblings are abducted to South America, while the impending solar eclipse marks the imminent culmination of the Inca prophecy they are all a part of.

Now Captain Sanchez teams up with Purdue, journalist Sam Cleave and Dr. Nina Gould in a race to save the child from a terrible fate. In the mountains of Machu Picchu, Peru, they hasten against the solar eclipse and are forced to consider: Do they have free will or are they all part of an ancient prediction?