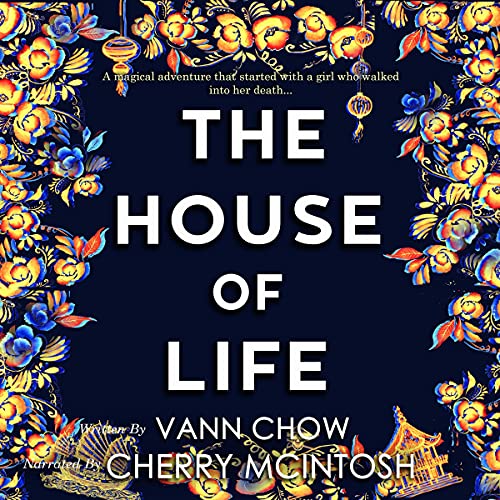 The House of Life is an atmospheric, heart-pounding tale that would leave you wanting for more.

It was WWI and the British army raided the mayor's mansion for silver and other treasures. The mayor's four-year-old grandson disappeared along with the treasures and was never to be seen again.

A girl called Elise was killed in a hit-and-run and her soul arrived at the House of Life, a paranormal administrative office that dealt with the immigration affairs for the in-betweeners going from one life to the next. An old family heirloom in her possession attracted the attention of the attentive Manchurian gangmaster and he was hellbent on obtaining it, no matter the cost. To protect her, she had to find out the secret that held within its pages before the Manchurian did. Her Soul Reaper offered to help her at a price. Without any real choice, she agreed.

And so together they embarked on a life-changing journey to the Headquarter of Hell to search for an answer. It was on this journey spanning both time and space that they would encounter the victors and victims of modern warfares that shaped her family history and the country she resided: Long-dead sailors on British ghost ships terrorizing the China sea, fallen Russian soldier who walked a hundred years looking for his way home, desperate Communist pilot who kept circling the sky hunting down non-existent enemies, and all sorts of tragic paranormal beings and things that were forgotten about but yet still lived on, invisible to our eyes. Through it all, the deepest, darkest secret in Elise's family history would be revealed little by little.

Listen to this audiobook to find out the secrets of Elise's incredible family history now.