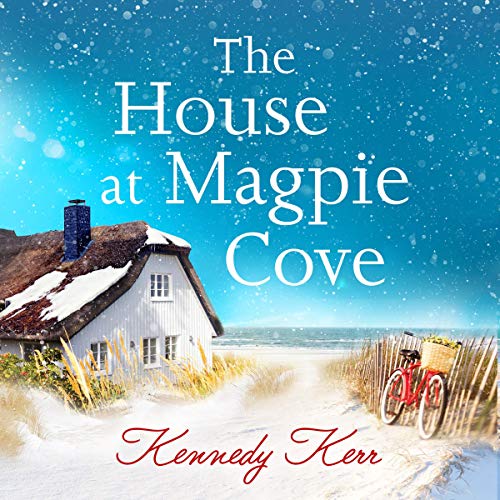 The House at Magpie Cove

The Cornish beach house creaked in the salty sea wind, and, from the weathered wooden porch, Mara watched a lone magpie circle above. It was silly to think that it somehow represented her mother’s spirit, but she had the feeling that her mother was with her somehow. That she still hadn’t moved on: There was something keeping her here. A secret that needed to be told.

When Mara Hughes inherits her late mother’s tumbledown beach house overlooking the bright, sandy sweep of Magpie Cove, it couldn’t have come at a worse time. With her marriage on the rocks and her husband threatening to take the family home, the beach house - with all the bittersweet memories it holds - might be the thing that finally sends Mara’s world crashing down around her. She tells herself she’ll spend only a few days there, sell it, and move on to rebuilding her life.

When Mara arrives, the house is in a worse state than she feared - holes in the bedroom ceiling, birds’ nests in the attic, and the beautiful wraparound porch on the brink of collapse...but she loves it anyway. With all its history it feels like the last link to her late mother, and, determined to do whatever it takes to keep it in the family, Mara strikes a deal with local handyman - and town heartthrob - Brian Oakley to save the crumbling cottage from ruin.

But when a box of unopened old letters arrives on her new doorstep - a bequest from her mother’s will - Mara’s resolve to save the beach house will be tested to the limit. Because Mara’s mother’s perfect childhood in Magpie Cove was forever spoiled by one haunting day in July, and the letters contain a secret about her family that Mara can scarcely believe to be true....

A story of secrets, family, and forgiveness, this heartfelt listen set in beautiful Cornwall is perfect for fans of Susanne O'Leary, Fern Britton, and Rosanna Ley.

The House at Magpie Coveに寄せられたリスナーの声

The House at Magpie Cove