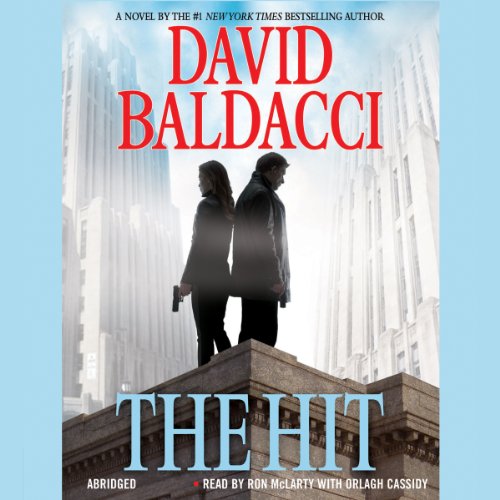 From David Baldacci - number-one best-selling author and one of the world's most popular, widely read storytellers - comes the most thrilling novel of the year.

Will Robie is a master of killing.

A highly skilled assassin, Robie is the man the U.S. government calls on to eliminate the worst of the worst - enemies of the state, monsters committed to harming untold numbers of innocent victims.

No one else can match Robie's talents as a hitman...no one, except Jessica Reel. A fellow assassin, equally professional and dangerous, Reel is every bit as lethal as Robie. And now, she's gone rogue, turning her gun sights on other members of their agency.

To stop one of their own, the government looks again to Will Robie. His mission: bring in Reel, dead or alive. Only a killer can catch another killer, they tell him.

But as Robie pursues Reel, he quickly finds that there is more to her betrayal than meets the eye. Her attacks on the agency conceal a larger threat, a threat that could send shockwaves through the U.S. government and around the world.

As trite as a spy thriller gets.

I don't recommend this book for anyone, even those that are into Spy thrillers.

Not bad, but a little slow and odd narration

I enjoyed the story, but it felt kind of slow at times. Also, the narration used a male narrator and a female to voice the female characters. I've never tried this before, but found it odd and didn't really care for it. The female actor would say something like "I don't know about that" and then the male actor would say "she said"... It's almost like turning a book into a movie, but having someone still say all the "he said, she said" stuff. Not that bad really - but just awkward i think. I guess i learned that i prefer the more standard narration, even if men have to voice women's voices. (That's never bothered me anyway.) In all, i'm glad i listened, and the book is worthwhile, but didn't really pull me in either.

I finished this book recently, but I've already forgotten it. The story just didn't meet the quality I've come to expect from this author.

There's absolutely nothing memorable about this book, either good or bad. Extremely vanilla.

Reading was bland. Nothing standout. Partially a lack of exceptional material.