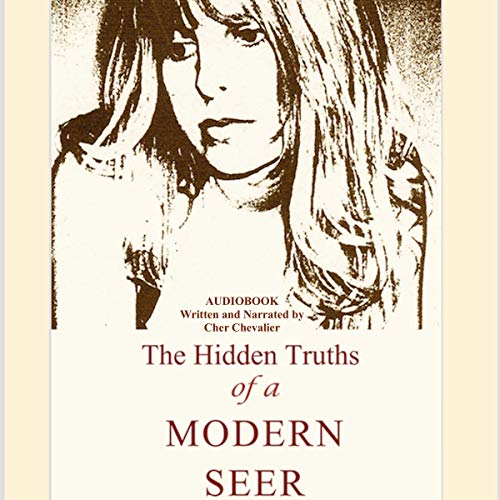 The Hidden Truths of a Modern Seer

The Hidden Truths of a Modern Seer, the second book in the Modern Seer Trilogy, reveals the sublime and fantastical second half of Cher's intense seven years of spiritual training. It is written that it takes three and a half years to break the lower self and a further three and a half years to fully transcend the darkness within, so as to be considered fit to embark upon the path of spiritual mastery.

This very honest narrative lays bare Cher's journey into the hidden realms of existence, where much is taught by beings and intelligences at the Mystery Schools for Initiates on the path of self-mastery. Everything that one thinks, says, and does either builds light or builds darkness - quite a responsibility to live with! As a spy in this world and a team member of a higher order for the divine plan, one learns to respond to divine command and instruction as one lives multidimensionally, as an initiate, until one becomes a master!