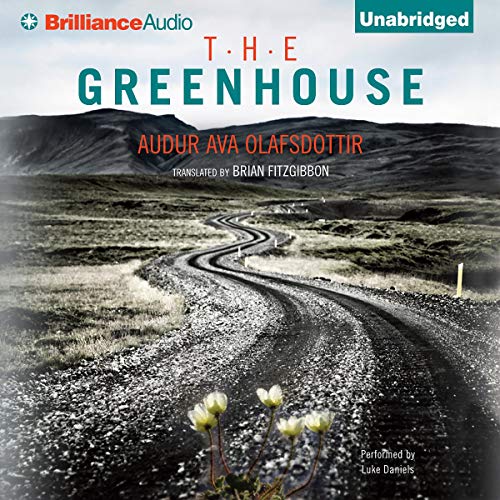 Young Lobbi was preparing to leave his childhood home, his autistic brother, his octogenarian father, and the familiar landscape of mossy lava fields for an unknown future. Soon before his departure, he received an awful phone call: His mother was in a car accident. She used her dying words to offer calm advice to her son, urging him to continue their shared work in the greenhouse tending to the rare Rosa candida.

Prior to his mother’s death, in that very same greenhouse, Lobbi made love to Anna, a friend of a friend, and just as he readies his departure he learns that in their brief night together they conceived a child. He is still reeling from this chain of events when he arrives at his new job, reinstating the rare eight-petaled rose in the majestic forgotten garden of an ancient European monastery. In focusing his energy cultivating the rarest rose, he also learns to cultivate love, with the help of a film buff monk and his newborn daughter, Flora Sol.

This story never grabbed me and by the time I finished it, I felt the ending should have been expanded on because it definitely left me hanging.

I felt the narrator, Luke Daniels, lacked any enthusiasm and I wondered if that was intentional or just the narrator's mood as he read it. Perhaps the main character was supposed to be autistic like his brother too and that's why the narrator read the story in that way.

I will remember the characters and setting for a very long time. Beautifully read too (although I would have liked it read in a northern European accent)

Very unusual narrative but believable characters. A coming of age story with insights into what defines a family and love. I was a little disappointed in the ending as I felt the story was cut short and would hope there’s a follow up novel to satisfy my curiosityy. Highly recommended for an indulgent weekend read and brilliant as an audiobook for a long journey.