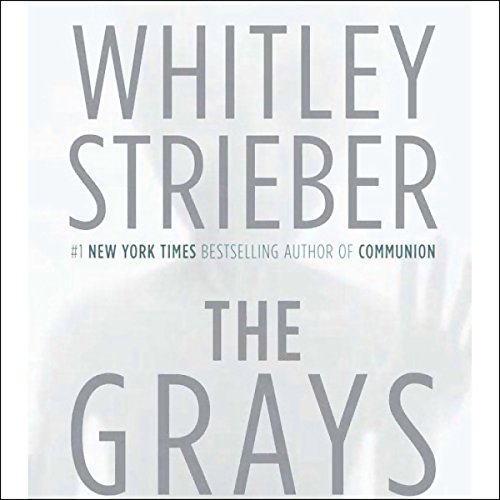 "A terrific read." (Booklist)
"It goes without saying that [Strieber's] abduction scenarios have a disturbing authenticity that even skeptical readers will find provocative." (Publishers Weekly)

Millions of people are confronting aliens that authorities say do not exist. Now Whitley Strieber, author of the #1 best seller Communion, which detailed his own close encounters, returns with The Grays, a mind-bending journey behind the curtain of secrecy that surrounds the subject of aliens. This audiobook will make you think deeply, not only about the mystery of who the Grays are, but who exactly we are.

Meet the Three Thieves: a group of Grays assigned to duty in a small Kentucky town. They've been occupying this town for decades, abducting its residents and manipulating bloodlines in an attempt to create an ultra-intelligent human being. Nine-year-old Conner Callahan will face the ultimate terror as he struggles to understand who he has been bred to be and what he must do to save humanity.

Meet Colonel Michael Wilkes, a government official who has monitored the Grays' presence for years. He's done everything in his power to keep the secret of the Grays from reaching the public, but when the Grays begin to reveal themselves, Wilkes' fear of ultimate occupation forces him to set in motion a sinister plan to ensure the survival of humanity. But at what cost?

Gray's was gripping and I couldn't put it down.

Parts of this are strangely familiar.

I'm not sure about Whitley strieber or the entire abduction phenomenon. there are many things about it which are odd for instance the number of reports has gone down over the last 10 years. what it is and what it represents is difficult to say. But having said that there are parts of this which are strangely familiar to me.