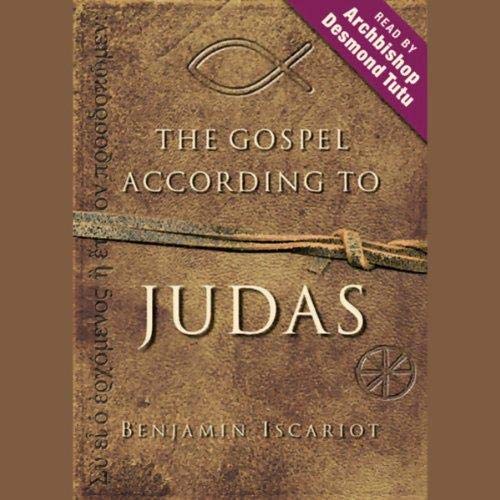 The Gospel According to Judas, by Benjamin Iscariot

This audio edition of the "fifth gospel", ostensibly written by the son of Judas, is a retelling of the story of Jesus and Judas that will open a whole new debate among secular and religious listeners.

The unlikely partnership of Jeffrey Archer and Francis J. Moloney was formed after Archer sought advice from Cardinal Carlo Maria Martini about who should guide him through this demanding project. Among his many past students of the Pontifical Biblical Institute, Cardinal Martini singled out Professor Moloney, who completed his doctoral studies at Oxford University in 1975.

The project was as bold as it was simple: Archer would write a story for 21st-century readers; Moloney would ensure that the result would be credible as the writing of a first-century Christian or Jew.

Story-telling and scholarship have come together to create what will be one of the year's most intriguing and controversial books.

PLEASE NOTE: When you purchase this title, the accompanying reference material will be available in your Library section along with the audio on our desktop site.

The Gospel According to Judas, by Benjamin Iscariotに寄せられたリスナーの声

This does follow the Gospel Luke in bits but really does not add anything new into the mix that is not already out there. I was waiting to be gripped by the story or the new take on the story but all I found was boredom. Just get the audio bible and ponder that.

Excellent story from JA backed up by superb historical facts and research.However the audio is virtually illegible due to the stuttering stop start heavily accented English of Tutu

The Gospel according to Judas

When I first started listening to this book it reminded me of my school days and reading St Lukes gospel for GCSE. It is almost word for word apart from the few additions that have been added in theory written by Judas. It must have been one of the most easiest books to write for Mr Archer. Having said that it was enlightening in the fact that it gave another angle to the greatest story ever told. Worth a listen anyway.