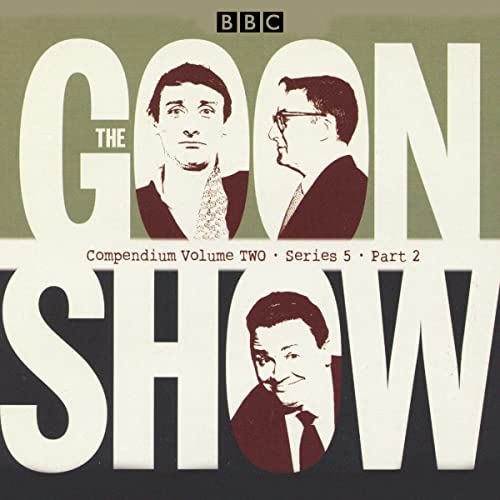 This box set collection presents the episodes in chronological order of original broadcast date. This second volume includes: 'Ye Bandit of Sherwood Forest', 'Nineteen Eighty-Five', 'The Case of the Missing Heir', 'Under Two Floorboards', 'The Missing Scroll', 'Nineteen Eighty-Five' (remake), 'The Sinking of Westminster Pier', 'The Fireball of Milton Street', 'The Six Ingots of Leadenhall Street', 'Yehti', 'The White Box of Great Bardfield' and 'The End'.

Also featured are some rare archive bonus items, including the unbroadcast and previously unreleased version of 'The Dreaded Batter Pudding Hurler (of Bexhill-on-Sea)' and a PDF booklet of the bonus content which came with the original CD edition. Remastered using new material and the latest technology to give the best possible sound quality, these recordings are sure to appeal to all collectors of The Goon Show.