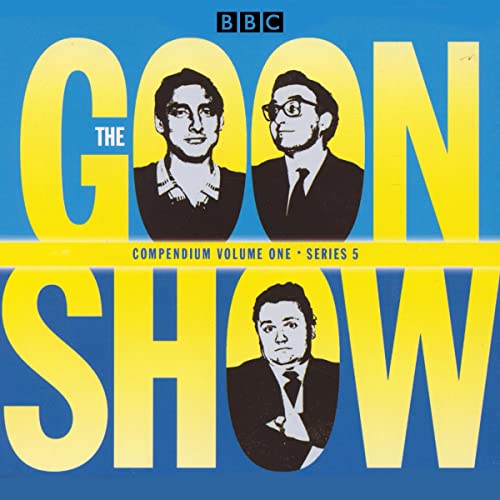 This first compendium presents the episodes in chronological order of original broadcast date. This volume includes: 'The Whistling Spy Enigma', 'The Lost Gold Mine (of Charlotte)', 'The Dreaded Batter Pudding Hurler (of Bexhill-on-Sea)', 'The Phantom Head Shaver (of Brighton)', 'The Affair of the Lone Banana', 'The Canal', 'Lurgi Strikes Britain!' (aka 'Lurgi Strikes Again'), 'The Mystery of the Marie Celeste (Solved)', 'The Last Tram (from Clapham)', 'The Booted Gorilla (Found?)', 'The Spanish Suitcase', 'Dishonoured' (aka 'The Fall of Neddie Seagoon'), and 'Forog'.

Also featured are some rare archive bonus items, including out-takes, the program Me and My Shadows: Peter Sellers and a PDF booklet of the bonus content which came with the original CD edition. Remastered using new material and the latest technology to give the best possible sound quality, these recordings are sure to appeal to all collectors of The Goon Show.