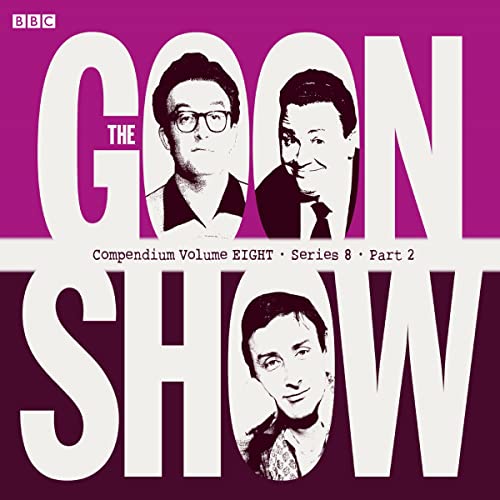 This box set collection presents the episodes in chronological order as they were scheduled to be broadcast. This volume includes: 'The String Robberies', 'The Moriarty Murder Mystery', 'The Curse of Frankenstein', 'The White Neddie Trade', 'Ten Snowballs That Shook the World', 'The Man Who Never Was', 'World War One', 'The Spon Plague', 'Tiddlywinks', 'The Evils of Bushey Spon' and 'The Great Statue Debate'.

In addition, there are some rare archive bonus items including 'The Royal Tiddlywinks Tournament', a special recording of the tiddlywinks match in which the Goons, as Royal Champions, took on Cambridge University. Also included is a PDF booklet of the bonus content which accompanied the original CD edition.

Remastered using new material and the latest technology to give the best possible sound quality, these recordings are bound to appeal to all collectors of The Goon Show.