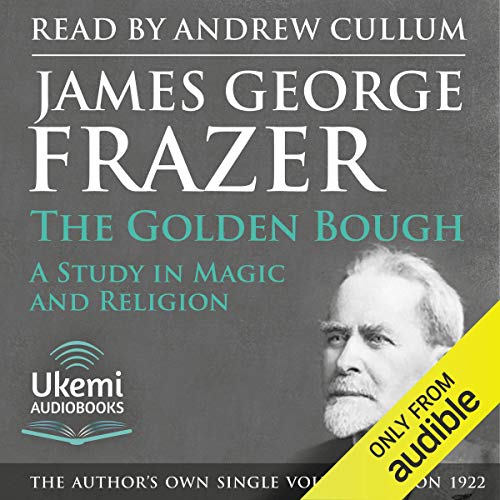 The Golden Bough, the monumental study of religious rites and practices in ‘primitive’ societies, was one of the earliest influential texts in anthropology. Its author, Sir James Frazer, surveyed the wide range of cultural habits, taboos and beliefs in communities across the world concluding that there was an observable pattern in the way magic developed into religion, though formal expression emerged in different ways.

It was a study that he continued for many years, with initial volumes appearing in 1890 and growing in size until the 12-volume edition was published in 1915. In 1922, Frazer produced his own single volume edition which is presented here. His starting point was the ‘remarkable rule which regulated the succession to the priesthood of Diana at Aricia’, where the incumbent would remain in position until slain in combat by his successor. Further study showed Frazer that this was a familiar pattern in both religion and rule.

The more he compared unconnected early societies the more similarities he found - a pattern which suggested the universal existence of basic human tendencies. His multifaceted analysis of magic and religion considers topics as various as tree worship, taboo, sacrifice, myths of Adonis and Osiris, the Corn-Mother, the transference of evil, public scapegoats and much else. He draws on evidence for these from many different societies - ranging from Babylonian, African, and Jewish to Khazar, European and Mexican.

The Golden Bough was, and remains, a remarkable achievement for its breadth and detail and proved a huge influence on numerous international figures including psychologists Sigmund Freud and C. G Jung, writers and poets James Joyce, T. S. Eliot, and Robert Graves, the mythologist Joseph Campbell and the contemporary critic Camille Paglia.

The Golden Bough helped to establish anthropology as a science. But Frazer’s methods and conclusions also drew criticism from later professionals whose detailed field studies produced a more nuanced view on rituals, beliefs and practices. Nevertheless, The Golden Bough remains a remarkable, fascinating and colourful document with its extensive range and detail on human practice.

Andrew Cullum presents this challenging, important work with clarity and sustained interest. A PDF containing chapter headings is available for download to aid the listener and show the scope of the work. It also contains a reproduction of Turner’s painting The Golden Bough, which set Frazer along his path.

PLEASE NOTE: When you purchase this title, the accompanying reference material will be available in your Library section along with the audio on our Desktop Site.